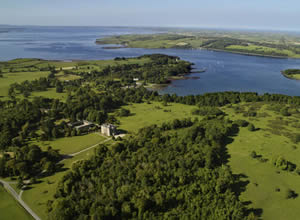 Titancon is a fan-organised event mixing Game of Thrones with the best of Northern Ireland’s Horror, SF&F literature. From it’s first outing in 2011, they’ve run a Game of Thrones coach tour, chasing down new shooting locations. There’s great camaraderie, too. Organiser Phil Lowles’ habit of assuring passengers “They were only ten minutes away,” formed the basis of a poem I co-wrote with Cat Jones and Stephen de Meulemeester, which has become something of a favourite.

The two coaches have built up some rivalry over the years. This year it boiled right up, including some small trolling by yours truly. I created Twitter accounts for the coaches, and automated tweets where Coach 1 would routinely name-drop it’s direct line to the GoT stars, and Coach 2 would tweet about how it had hit an iceberg.
Over breakfast, I’d bragged to Titancon’s security man Ade Beattie about the twitter stuff. Ade was called out to pick up Miltos Yerolemou (aka Syrio Forel), who was running a little late. As they sought to catch up to us, the pair of them set up an account  for their journey: Coach 3 account.

Meanwhile, I gave Coach 1 people passwords to both twitter accounts so honest updates went out, as well as on personal handles giving us hashtags like #coachinthenorth and #miltosiscoming
Add to the mix, Cat, and Pebble, had decided they would make Coach 1 a sure extension of the Friday/Saturday format. Grabbing the on-board microphone (and one they’d brought with them), they arranged an improv con. The programme included:
Panel: Aragon economics

Tutorial: Milting
(Came about from a pun on Miltos’ name. It turned out we had an academic specialist on board for an informative talk and Q&A. Milting is fish sperm, sperm poured over eggs and grown in a box; the male dies. This also formed the basis of the sandcastle competition, photos on Werthead’s post below.)

Singalongs:
Popular tunes with the word ‘love’ replaced with ‘bum’. Other replacements included ‘Prostitute’, and ‘Hodor’.
SF Author Paedar O’Guillin teaches us An Poc Ar Buile (The Mad Puck Goat)
The Rains of Castamere – Rehearsals of the Red Wedding Song, for freaking out Coach 2 at the banqueting hall at the end of the day.

Limericks by Coach Poet Laureate:
Coach 1 is the greatest / We’ve songs and literary theatres / But Coach 2 know / Nothing like Jon Snow / Nothing like Barcelona waiters!
Champion blogger Adam Whitehead (aka @Werthead) has collated the best of all the Twitter activity at https://storify.com/Werthead/titancon-2015-coach-trip
Phil Lowles has just announced Titancon’s return for 2016. You can book for this year’s day event, at http://titancon.com/ and be sent an announcement when coach trip seats open later on in the month I imagine.