At the Bristol Comics Expo last week the first hints of a relaunched Eagle awards were unveiled. If you weren’t there, you’re at the mercy of bloggers who were, and they’re strangely quiet.

Barry Renshaw (of RedEye and Engine Comics) was brought in to help relaunch the Eagles. Today Barry posted a link to The Eagles Initiative.

The Eagles have been a stagnant non-event for a few years, which is sad as they also have a prestigous sentiment with which old-timers and the 30s years generation fondly associate. By extending that association, the Eagles should function to serve the next lot of young cartoonists. Certainly, away from charges that awards are self-indulgent.

Kenny Penman (of the Forbidden Planet Blog and Blank Slate) sugested that he was unhappy with these restrictions, and I have to agree. Use of this size has increased in Britain but the dominant format (among an estimated four new print comics per day) is A5. Oh, we used to use A4 a lot, much like the Japanese.

….For the purposes of auto-biography or documentary.

On the whole, this is very optimistic news.

As a consequence, future awards will probably widen categories, addressing small-press and commercial independent differently, as part of the UK’s postmodern heritage.

Speaking of the awards, the nominations were also announced at Bristol. Go vote now!

(Bear in mind that the Forbidden Planet Weblog is a brilliant resource and deserves an award for being a great mainstream champion of indy press.)

The results of The Eagle Initiatives will be released in October at the Birmingham Show. The Awards winners are also announced in October. Co-Operation? Well done.

Barry Renshaw will also be appearing at the 2D Festival in Derry on 3rd-5th June to talk about the Eagles Initiative. So, I’m looking forward to asking him who will be presenting the Phonogram creators with their awards, and how they’ll be doing it. 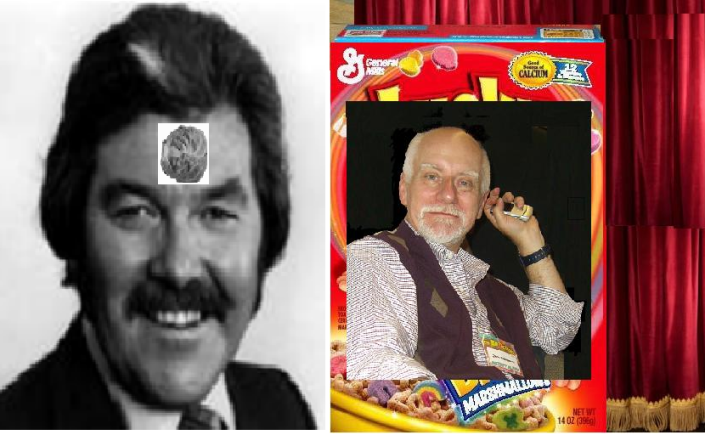 Our British Eagle Awards are mired in establishment ways and poorly structured. From nomination ballot stuffing to poor and amateur compares and production values  to ceremonies organised with amateur production values. Last year, the Eagles suffered a serious blow when the system housing the recorded electronic votes disappeared completely. The process finally broke down completely for the 2009 Awards: organisers announced via press release there would be an Eagle Awards, even if the Bristol Comics Expo had no area for the presentation. Nominations apparently opened in May, although here, the trail stopped cold

.
The article below is meat to the bones of synopsis proposals sent by invitation to new Eagles co-ordinator, Cassandra Conroy upon invitation at the Bristol Expo in May 2008. In the summer of 2008, I sent out a document which had its basis on initial discussions with journalists Matt Badham and Leon Hewitt.  There was no response. BICS show-runner, Shane Chebsey was given the opportunity by Conroy to host the event at his festival. I approached Shane and was invited to submit a pitch in September 2009. Rather than 1000 words assassinating the farce the Eagles has become of late, I present a rough draft of how a new refurbished awards ceremony looks in my mind.

Hush moves to settle into a packed room of hundreds at Britain’s largest comics festival. Secret jury this year, overheard talk tells, before sorting out a proper vote structure for the following year.

More settling, lights dimmer. Expectation of movement on-stage. Above, a small stuffed dog drops to the platform. Applause: a smartly-dressed handsome man takes to the stage. Its a mostly respectful preacher’s podium, but for a few affixed items: a pale orange card with an asterisk in black marker, a newspaper clipping about Bruce Wayne joining Fathers For Justice and a roller handle fixed to the side. The host has a beautiful Irish accent much like that of Terry Wogan in the days when all the ladies were lusting after him.

“Hello, I’m Andy Luke…its my very great honour to present to you The 2010 Beagle Awards. After two rounds of nominations and three rounds of voting over the last nine months..by email, with random checks..”

A man runs on stage and reassuringly, presents me with a cheque. I look at him, pleased, and place it in my inner jacket pocket. Another man is unpacking a sleeping bag and proceeding to bed himself in at the foot of the stage.

“Is that Joe Sacco ?” someone confidently calls out, as if on cue. I ignore him and continue, reaching for a drink of my Guinness.
“UmYum. That Guinness was sponsored by Disney, by the way. There was a Mickey head. Well, welcome to a very special night tonight. Not least because, our first award for Best Cartoonist is to be presented by an…….exxtra-terrestrial!”
The crowd calls “oooooooh!!!” A chorus initiated by an orchestra of hecklers planted earlier.
At this point, disco lights are in the hall are set off.

“Ladies and gentlemen,” I call into a produced bull-horn, “and all identities of gender performance! Please, switch your room light off. Then on. Then off again. Then on, and join me in welcoming, the interstellar editor of the galaxy’s greatest comic, editor Tharg of 2000AD!
A plump forty year old with a thick black receding hairline and huge sideburns enters from the side of the stage, sporting brown corduroy trousers and a smart modern jacket. As he gets close to the camera which projects onto the big screen from the back row, you can make out a brussel sprout taped to his forehead. He has a thick Geordie accent and I tussle with him on the grounds that I can’t understand what he’s saying.  I take out a large ear trumpet and the asterisk on card, moving the latter up and down the trumpet.
“It’s just coming over as nonsense squiggles,” I explain.

Eventually, it transpires, Tharg claims to have met Picasso, the comics artist.
“Theet comics artist Picasso. He must have been cos he had a smart carnation in his lapel. And a quality street chocolate, the cool bahsted.”
“Tharg,  could you please read the name of the winners of the Best Cartoonists Award?”
“The nominations for The Best Cartoonist Not Published By 2000AD magazine are: Jamie McKelvie for Phonogram, Douglas Noble for Strip For Me, Adam Cadwell for The Everyday. And the winner is…Jeremy Day for The Weekly Strip!”
Applause as Jeremy takes the stage.

“Thank you. Thank you! YEAHHH!”
Jeremy roars and raises her arm into the air, the award held like some recovered sword.
“Thanks Tharg!” she says, grinning to the man with the mascara. “I’m very glad I’ve got this and I’m sure it will look great in my garden!”

“Whennnn…..Captain America throws his mighty shielddd….””
I hold the note, hoping listeners over forty pick up the resonant tune from their memories of childhood cartoons.
“The… corn in the Ukraine, grows a mighty yield!!!!”

They’re inevitably unimpressed when I ask John to present them with a sovereign bit and the dial that came dislodged from my CD player. They cheer up a bit when I tell them it had been in close proximity to the energies of pop group Pulp’s back catalogue.

“Next tonight, to present our Comics Journalist Award, a global legend. Not seen in public for decades. It is my deep honour to present Steve Ditko.”

A wiry elderly balding man walks up on stage. He’s dressed all in white, with owl eyes and a twitchy arm with furry cat carpet all around it. He smells of it too. He’s not Steve Ditko. This becomes clear when sinisterly, my name is read out as a nominee and he shuffles across the stage to ask me for the lend of five pounds.

“Rich Johnston for Lying In the Gutters, Matthew Badham: Citizen Badham, John Freeman for Down The Tubes And the winner is..”

The old man scowls a hissing noise at the anticipating audience, before removing the card from the envelope.

Applause as a figure takes the stage.

“Paul can’t be here, he’s on a prior engagement in Luxembourg this weekend. As it is, I suspect he thinks awards ceremonies are a silly affair which only promote greed and jealousy in the artistic community. However, I’ll see if I can get this Snoopy Bubble Bath to him.”

The second half opens to two men in crash helmets beating the crap out of each other with bits of painted cardboard to the sounds of James Kochalka’s Monkey Versus Robot.

The Friend of the Small Press Award has just been presented to John Freeman. This was to be presented by Grant Morrisson’s spirit-form and although the audience held hands and called, he refused to make visible to us his bodily manifestation. Backstage informed me the flash of light which followed summoning chants was simply a large uncovered photocopier going off. I had so much enjoyed my pint, sponsored by Forbidden Planet, I asked Matt the barman if he would come over and present the Award.

As he walks back through the hundreds to the bar, on-stage appears a member of the Oxbridge bourgeois, dressed tails and top hat.
“Lord Wilthscomm! I’m here to register my profound objections. I put in twenty-nine votes in that last category and all of them were ignored. The nonsensical sequential juxtaposition that enshrines the dignitaries here is most irrelevant, creating only my unbound umbrage.”

“I’ve got Alan Moore hair clippings”, I offer, and proudly hold up the bag.
“It’s ruination. You’re ruination! Polemics of disgrace. I’ve been on the message boards you know. At the Royal College of the National Art Guardian exhibition. We had buttered quail.”
“You know that small bookshop near there? The one with no sign above it?” The compare asks.
“Dingy place, yes. Filthy. I wouldn’t know of it.”
“I was in there the other day.”
“Oh yes. I would have expected that.”
“I was going through their ten pence bin…and I snuck in a 1968 Mint Jack Kirby between issues of X-Force.”
“Ohhh….!”
Wilthscomm frowns a boil of anger and turns to leave.
“Now clear off, back to your den!” I add.
“This is most irregular. This will not be the end of the matter.”
I shrug repetitively as he leaves the stage.
“Anti-matter.” I murmur. “Now, we move on to our next category!”

I crank the handle fastened to the side of the podium, five times. A large cardboard box is moved on stage, the packaging design of Lucky Charms, the most surreal of cereals, along it’s four borders.

“And to present this year’s Award for Best Non-Print comic, live by satellite from Winnebago State in Canada, please put your hands together for Chris Claremont!”
Chris Claremont steps onto the stage, and ducks into the cardboard box.
“Chris! How are you? Can you hear me Chris?”
“I hear you Andrew.”
“Chris, welcome to Great Britain. Chris, Chris, Chris, Have you been following X-Factor lately?”
We engage in some awkward small-talk before Chris reads the nominations.
“The final nominations for the Best Non-Print Comic are All Knowledge Is Strange by Daniel Merlin Goodbrey,Necessary Monsters by Goodbrey and Sean Azzopardi, Jeremy Day’s Weekly Strip, Daryl Cunningham for Psychiatric Tales and Warren Ellis and Paul Duffield for Freak Angels! And the winner is.. it’s a tie!”

The tie is draped around a small stuffed beagle sliding along the front propelled by invisible fishing wire before disappearing behind the curtains. The Awards, we are told, are “To Be Continued”.

Unachievable fantasist nonsense? you may wish to check out the guerilla awards ceremony by Tony Lee and The Golden Champagne Awards which I stumbled across while working up my original pitch.

With thanks to Mark Boyes and The National Theatre ofEarth Prime, The Kochalka Puppet Theatre and Matt Brooker,Matt Badham, Leon Hewitt, Reeves and Mortimer.