It was pleasant news after two days graft editing. There’s the new episode of The Drew and Look Podcast to come, in which I interview indie start-up SHP Comics about creative entrepreneurship, as well as sex, sci-fi and vampires. The Drew and Look has been on hiatus a while. Some months back, the interview with comedy horror novelist, Philip Henry, got a lot of love. 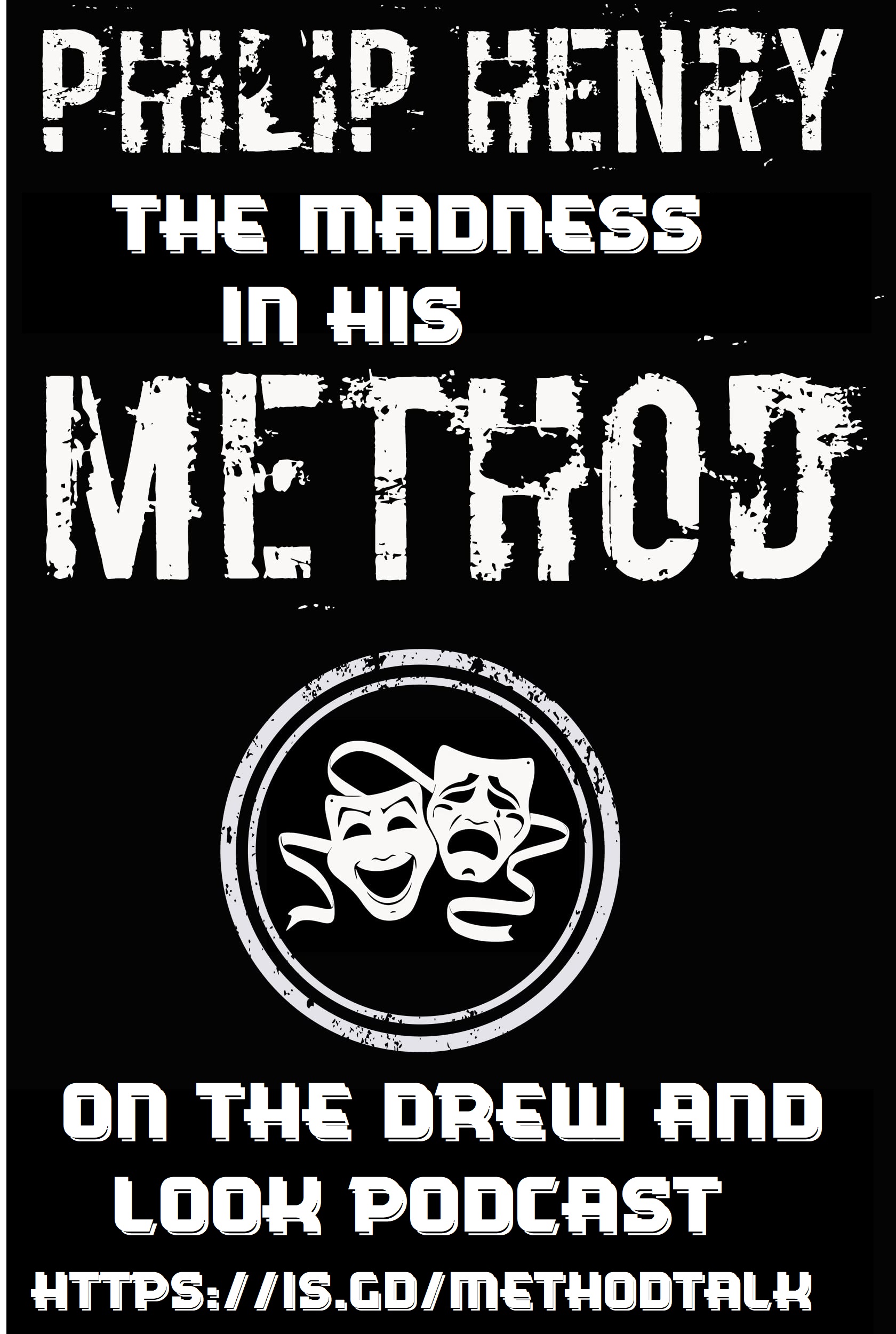 Sean Black is a household name: prime-time actor on stage and screen and linked to an unknown number of gruesome murders. Sean Black is the lead in METHOD, the creation of Philip Henry, a struggling dramatic novelist, film-maker and singer-songwriter.

Podcaster Andy Luke lures Philip to a remote country cottage to unravel his secrets. What emerges is a wide reaching conversation on writing, celebrities, romance, violence, ethics, feminism and Northern Ireland on screen.

The new episode is live on Patreon and I’ll be putting episode 2 of Discworld up there next week. It’s been a learning curve bringing in the video element on these series. Judging by the feedback on our first Discworld, people seem happy to wait.

My brother Gavin dumped his 15 Discworld duplicates on me in a big green canvas bag. In trying to procrastinate, I knew the reading experience ought to be chronicled and reached out to ask the internet for a co-host. Local writer PJ Hart responded: having read through most of the series and keen to revisit. And thus we became a legend in my own lunchtime.

‘It’s the fantasy version of The Wire.’

Experienced wizard PJ Hart guides the tourist Andy Luke through the first book in Terry Pratchett’s world: a world supported on the back of a giant turtle (sex unknown); from the docks to taverns of Ankh-Morpork,to forests, temples and the edge of the world.