With the kind permission of Gar Shanley, publisher of Courageous Mayhem, I’ve been allowed to print my strip therein, Underwater Billiards, with the purpose of pulling back the curtain on it some.

Courageous Mayhem was a satirical take on the boy’s adventure comic. My own drug of choice was the 1980s Eagle, and the photographic Tales
of Suspense stylings of The Collector. So, we have The Archivist, played by myself aged 25, aged to look closer to my current years, and then called Reverend Hal F. Wallis, a satire of Frederic Werthram. Throw nothing out!

The story came out of my study of white collar crime in England from 1870-1940, and was first teased out of me by Stephen Downey for a (sunk) project about the Titanic. This is where we get the mention of Lord Prirrie, the chairman of Harland and Wolff, who later bought and lived in Witley/Lea Park, and there are parallels between both projects that amuse my inner ghoul. 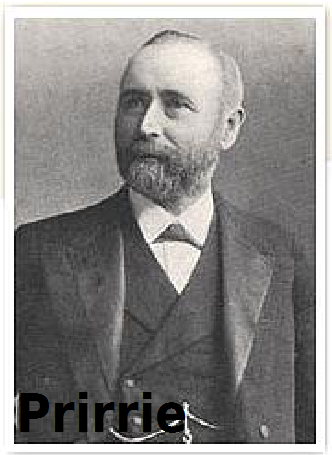 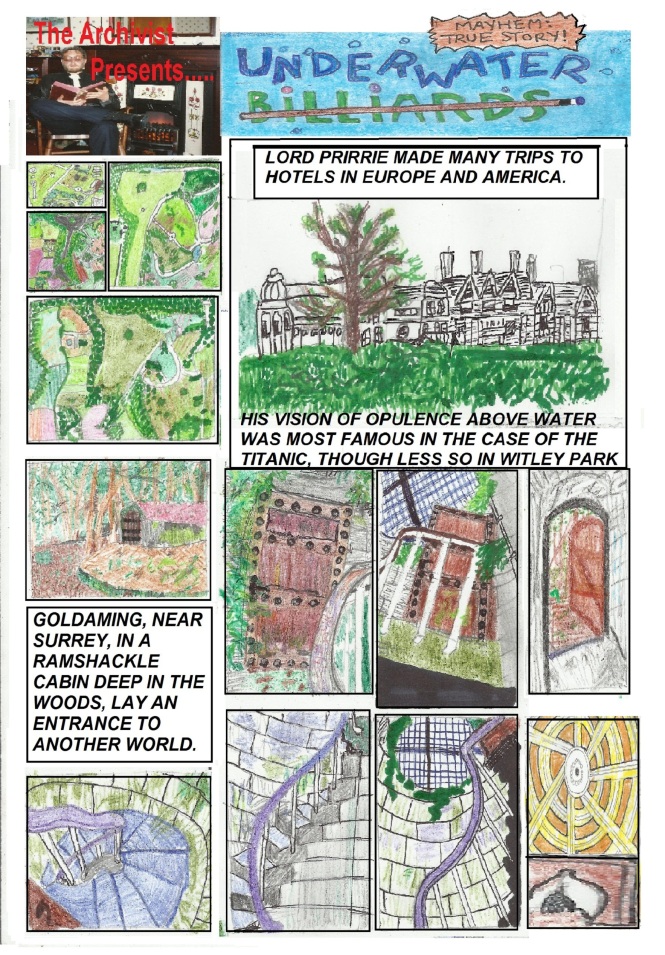 Looking at the similarity between my art and references, I may as well have done a photo comic! I especially like how the aerial views swirl in the same way as the staircase. Map A – The Spiral Staircase

Searching Flickr for Witley Park or Lea Park turns up a lot of images. It’s bad practice that I can’t credit authorship to the ones included here for I just didn’t index as I collated. You can find a lot of good image links at the bottom of this Hegarty Webb blog post, The Gentlemen of the Lake, as well as a lot of the textual detail on this case. 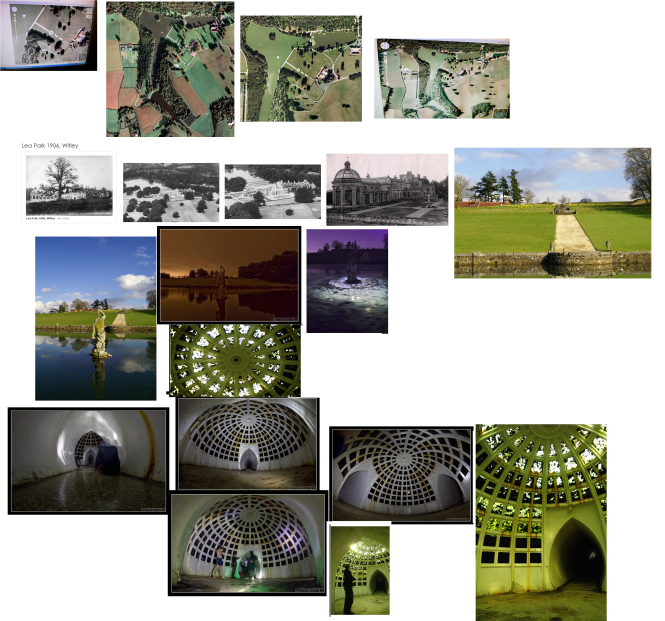 Had it been convenient for Gar, I’d have constructed this as a double-page spread, and explored the Witley Park island layer by layer. Time was getting on though, and I’m quite pleased with this strip which I put out quite fast. 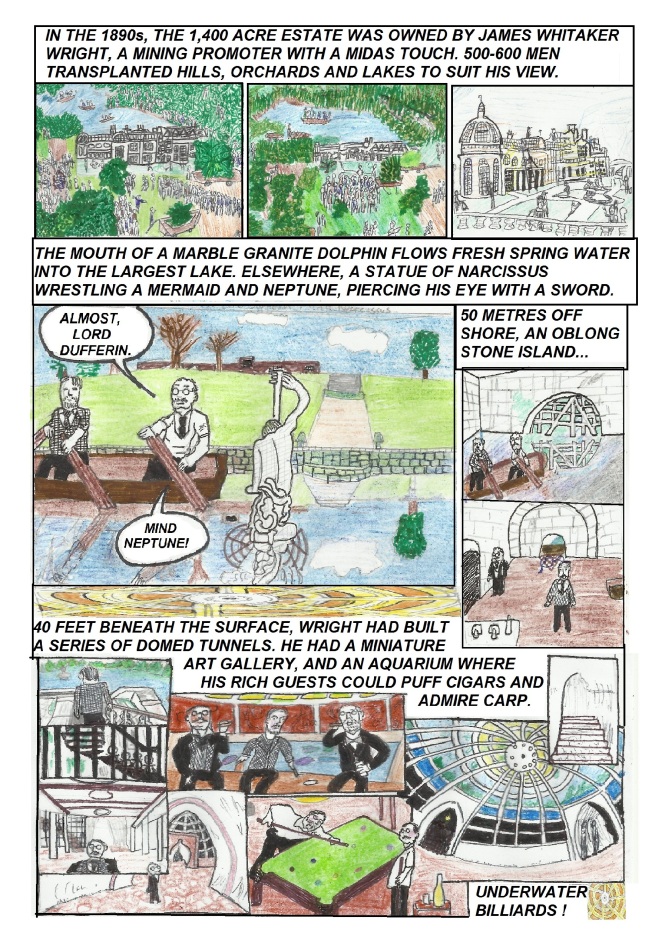 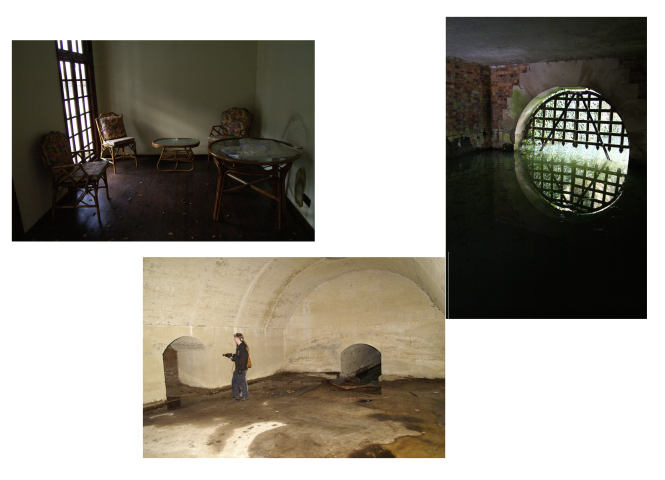 In the centre of the page 2, we have Whitaker-Wright and one of his visitors Lord Dufferin. Dufferin once owned most of Bangor, County Down, where I spent many a year. Many parts are still named after him, including the bedsit bowels Sufferin Avenue. Further down the page, Sir James Reid, physician to Queen Victoria. Wright was Reid’s financial adviser and a close personal friend.

Whitaker-Wright earned his fortune much like Bottomley, through a series of investments and bankruptcies. He set up companies in America, Canada and Australia, taking advantage of the mining rushes of the 1880s and 90s. Using dodgy tactics and slipping his creditors, the odd success gave him enough to go ahead. 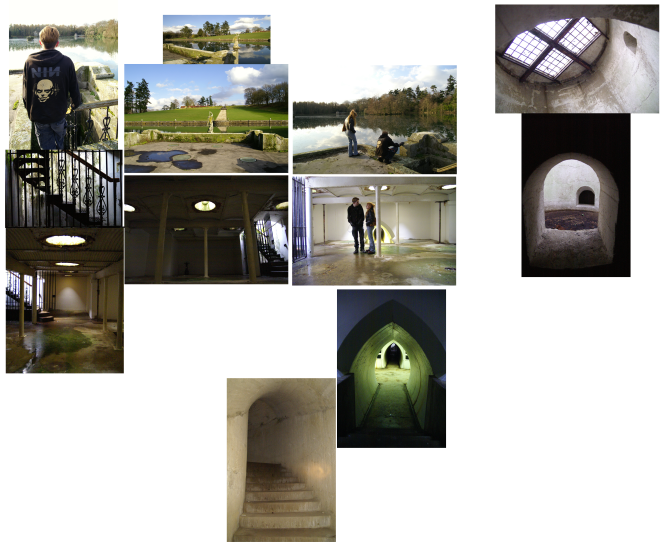 My favourite reference was the Guerilla Exploring Blog, where a bunch of extreme archivists snuck in through ‘closed to the public’ to capture the goodies. This was really the only way to gather information on the park, and the commentary they provide allow me to connect all the photographs that I have to form a significant map of the place. See?

Map E – The House to the Island 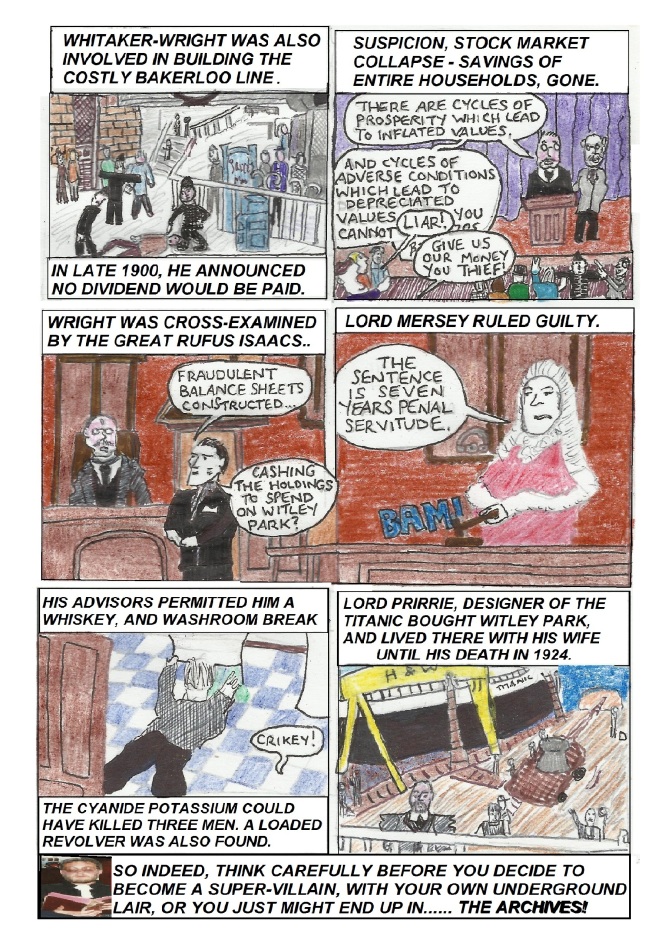 I’m surprised looking back on this that I try to reign myself to telling the story details over this last page, and the scandal of Whitaker-Wright in just two panels! There’s a lot more detail to the man and I recommend you use this post as a jumping off point for some further reading. I certainly appear to be a lot more interested in the visuals, and I like how the patterns on panels 1 and 6 repeat. 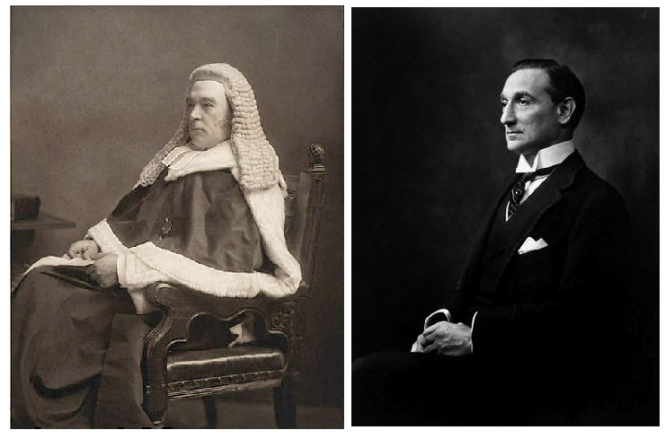 And of course, there’s a return to the Titanic theme. Cos that’s what boys want, right? Eight years after Whitaker-Wright died, Isaacs, Lord Mersey (who tried Bottomley on several occasions), headed up the official inquiry into the sinking of the Titanic. The chance to include Rufus Isaacs was  also especially delicious I’m sure, as he formed a focus for another of these scandal cases.  In 1912, as Attorney General, Isaacs was embroiled deep in the Marconi shares scandal. His brother Godfrey was Managing Director of Marconi US. Rufus bought shares cheap before markets opened, selling some onto Chancellor Lloyd George and Master of Elibank Alex Murray in on the deal. The three sold their shares only days after The Titanic sank, as Marconi share prices went through the roof, netting themselves a small fortune.

Newspaper journalists Hillaire Belloc, Cecil and Gilbert Chesterton got wind of a scam and used their newspaper to pursue a war against Isaacs. There was a full parliamentary white-wash which let the Chestertons be sued for libel, Rufus Isaacs got a promotion and the scandal ruined Britain and Marconi’s chances of a global domination of radio. That’s just by the way.

You can buy a copy of Courageous Mayhem in ebook format from this link ere.

The story of Horatio Bottomley is recounted in To End All Wars; a 1st print softcover has been published recently.

This Friday night, wood, tyres and berries burn in Northireland. The same night, San Diego Comic Con will announce the Eisner Awards, where ‘To End All Wars’ has been nominated, twice.

I’ve felt quite alright about singing my part in the commendation. Although barely ten pages (under 1000 words most likely), I started work on ‘Bottomley – Brand of Britain’ in 2009, when political expenses and public austerity were daily headline news. Even on that trail, I didn’t realise how accurate a reflection of the time Bottomley’s tale was.

Born in 1860, ‘The Chief’ made a stack of cash from hostile takeovers, before moving into the papers. He’s all but forgotten now, but as Pat Mills says, he was a sort of Robert Maxwell of his day. Bottomley launched the Financial Times, and the first UK newspaper called The Sun. He’d be remembered only through his lead paper, ‘John Bull’. You know the icon of the fat hat with the bulldog? That was Horatio Bottomley, art commissioned by Bottomley. That dude was real, ugly. 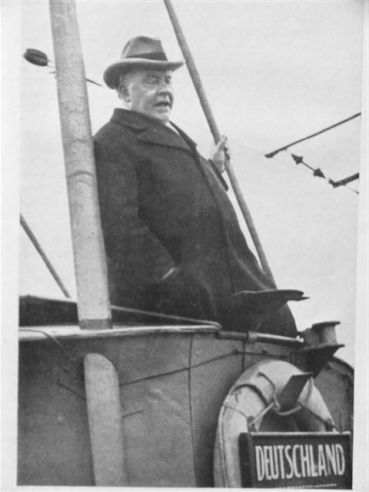 The re-telling started as a sub-plot for a graphic novel, but the intensive part-time study called for it to be it’s own piece. Three years later, I was still at it. I’d three drafts together when editors Clode and Clark put out the call for submissions for TEAW, and my script went under another three drafts to tailor it to the collection.

Out of work and out of money, I took a three month Invest NI course to receive a grant, a pittance really, but it would pay the illustrator something. Thankfully, both Ruairi Coleman and letterer John Robbins were on board already. John has been a long time friend, confidante and critic, and he’s probably the best comic book letterer in Ireland.

Ruairi Coleman, I didn’t know quite as well. He were young, always a sure sign of trouble, yet remarkably talented. From the get-go he was everything I hope for in a creative work partner. Ruairi took in the bundles of visual reference I sent, with eagerness, no complaint. He took it on himself to go through a number of articles on Bottomley, and sat through the hour and a half televised 1972 docu-drama featuring Timothy West, with it’s agonising awful cut-aways. 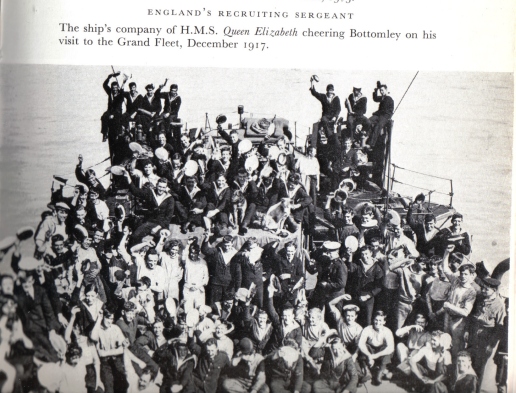 Bottomley’s story is that of the Britain’s major recruiting agent. He sold the war largely through gallons of racism. As editor, publisher and columnist of ‘John Bull’, as well as frequent pieces in The Times, the papers were packed with anti-German sentiment: Germ-huns, bayoneted babies. 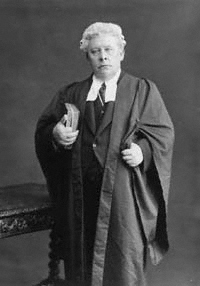 The same was true for four years of nationwide speaking tours for which he was handsomely paid. He brought theatre to sacrifice, including a two-part speech in which he staged a mock trial defending Britannia against the Kaiser, dressed as a judge. The photo above is from his earlier performance in Pickwick Papers. Eventually his greed got too much and jail finished him off. 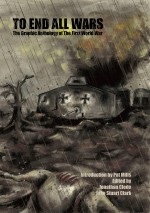 To End All Wars: A Graphic Anthology of the Great War, Soaring Penguin Press

For posterity, here’s a selection of pre-production images by myself and Ruairi Coleman. 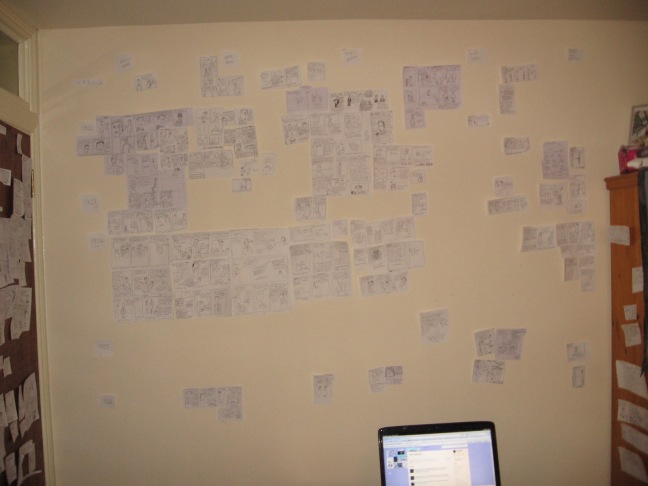 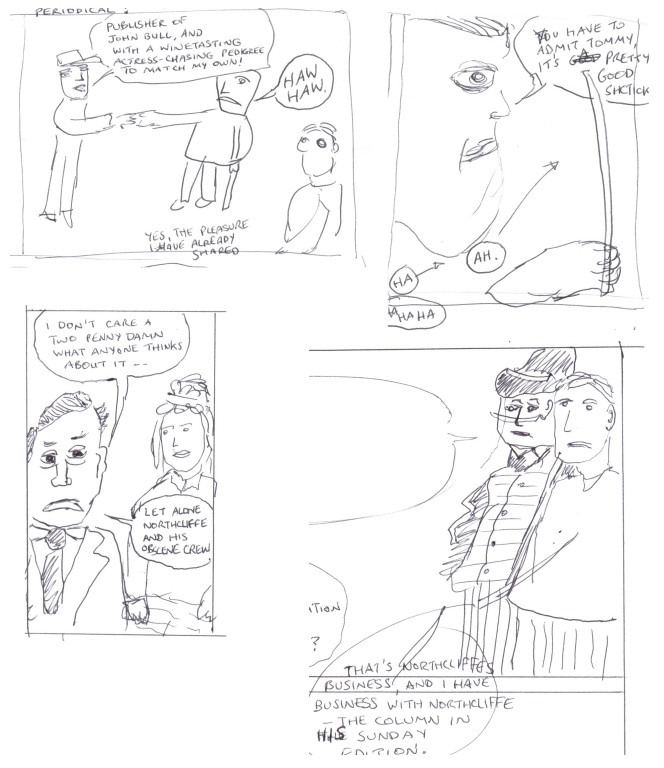 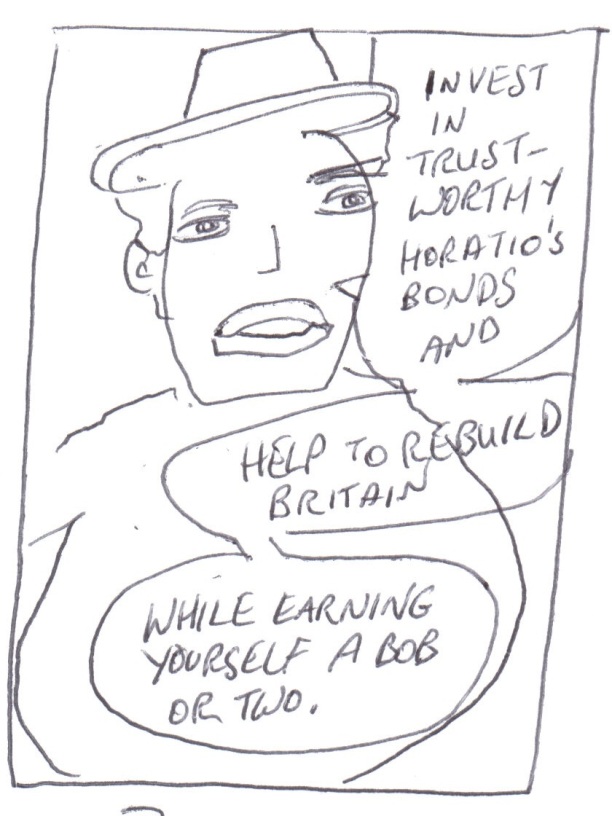 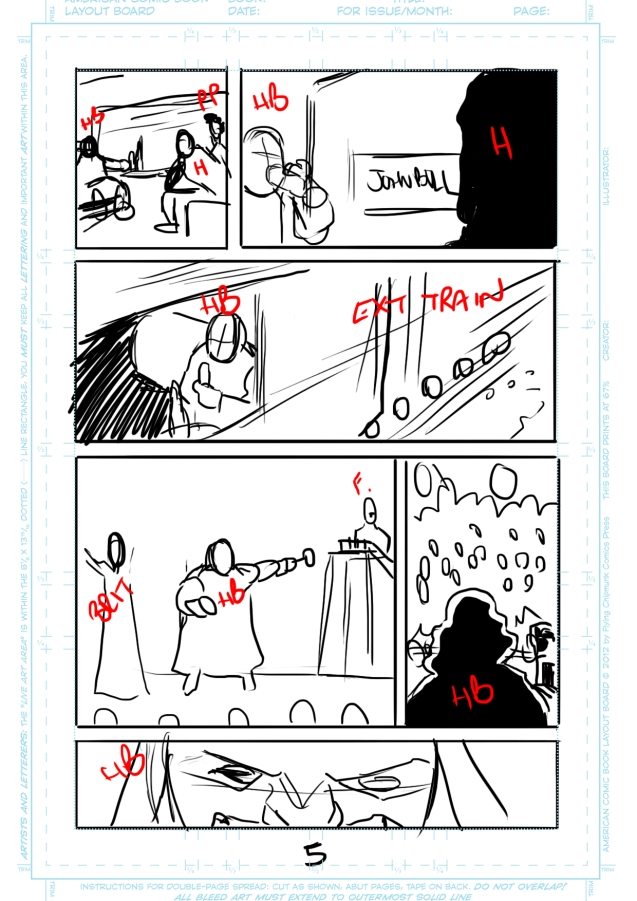 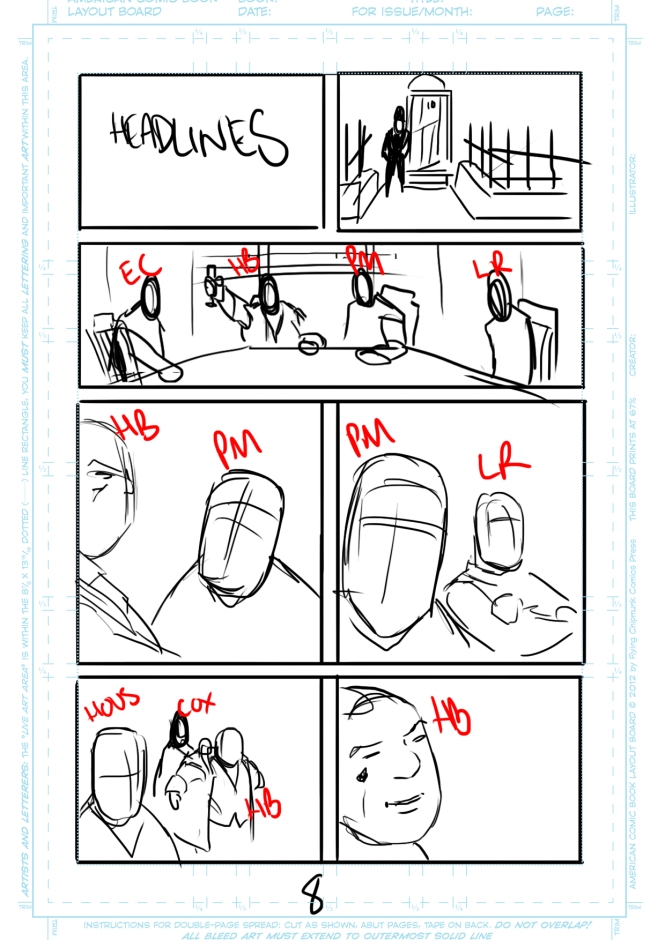 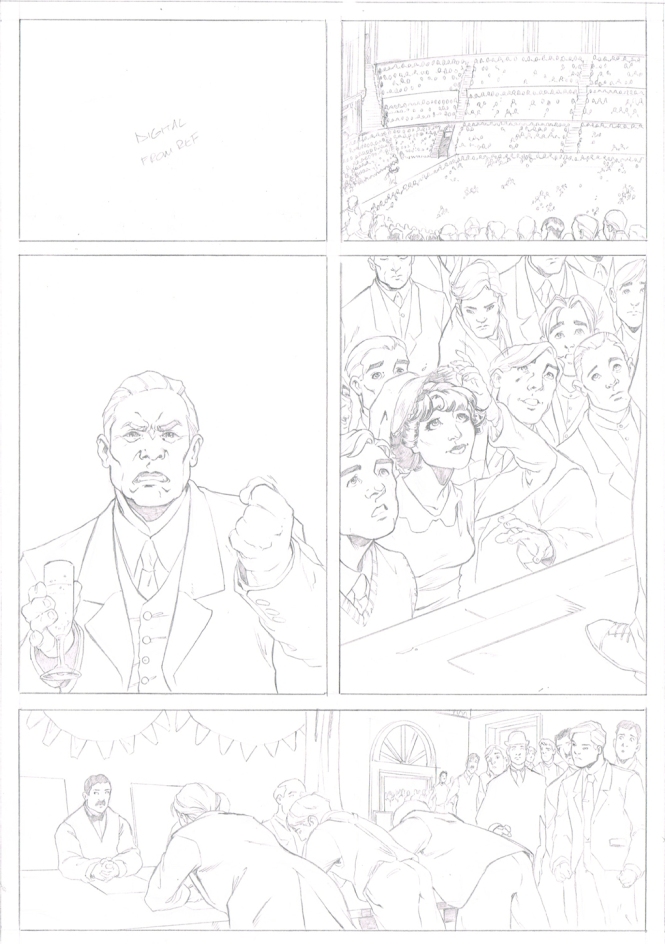 You can see more on Ruairi’s blog, and read of his experiences with ”H.B.’

Soaring Penguin Press are taking pre-orders for the soft-cover of ‘To End All Wars’. £1 of every copy sold will be donated to Médecins Sans Frontières.

You can read my newest contribution to an anthology through Kindle. 20% of every copy of the £2 ‘Tense Situations’ collection, goes to Action Cancer.

Publishers boldly enquiring on other creative works of mine, around the Great War, might wish to contact me (link) for a copy of Lord Kitchener’s Shell Crisis board game.

Finally, here’s a select Bottomley bibliography. Because I love you.

Hyman, A. (1972) The Rise and Fall of Horatio Bottomley, Littlehampton Book Services Ltd

Anon (Date?) Horatio Bottomley – The Soldier’s Friend, in Crimes of the Times: Law and Order After the War. Archived from http://www.aftermathww1.com/horatio1.asp [Accessed: 23rd October 2010] 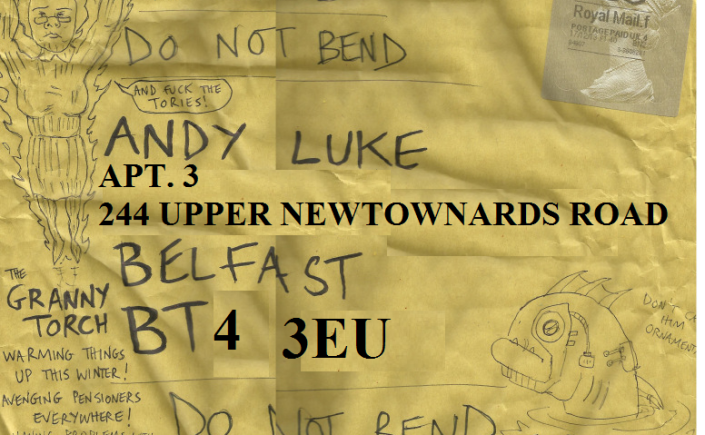 Oh its been a buggerous few months – no credits, ISP bothers, no credits again, no credits again. When there’s barely heat and light you can’t fault me for not sending Christmas cards. I’ve tried to make up by writing a pantomime in prose for the Belfast Writers Group. It’s a contemporary re-telling of Robin Hood, as Jetfire, Thomas Carnacki and Captain Heller lead a revolt against Daniel Cameron’s Brutally Britannia. Maybe you’ll get to read ‘Christmas, Live!’, here, later. 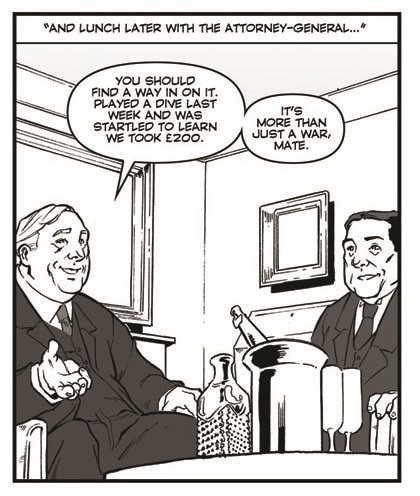 Bottomley – Brand of Britian by myself, Ruairi Coleman and John Robbins is ready and complete for To End All Wars, published by Soaring Penguin Press next year. Start saving.

My new chum Daryl Shaw reviewed ‘Skin of the Teeth’,

Wow great work! I was immediately pulled in with the detail in your writing, It had me visualising early every line which was great! Loved the references.. it was fast paced which I enjoyed, kept thinking of Peter Davidson/Tennent Doctor doing all the running about while reading this… the amount of detail & description put into this.

It looks like Daryl and I are working on ‘The Watch Thief’ together in the New Year. If looks could be gold fortunes.

I’m moving house this winter as of now and a delighted postman giggly brought my first piece there. This notification of address by our most beloved Mr. Sean Duffield, UPDATED TO REFLECT MY NEW NEW ADDRESS (20/03/2014) 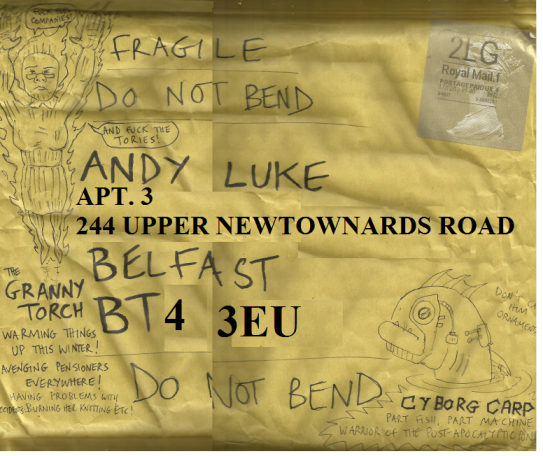 It’s okay Tracey Emin, I got your card.

Last, but most importantly is TARDIS, the results of the Midwinter Comics Retreat.

We tried to make it as confusing and non-linear as previous MCR comics but I think we failed. It’s a coherent tribute to our late great darling Debra Boyask, Fun Princess of Comics, that she would have been okay with. 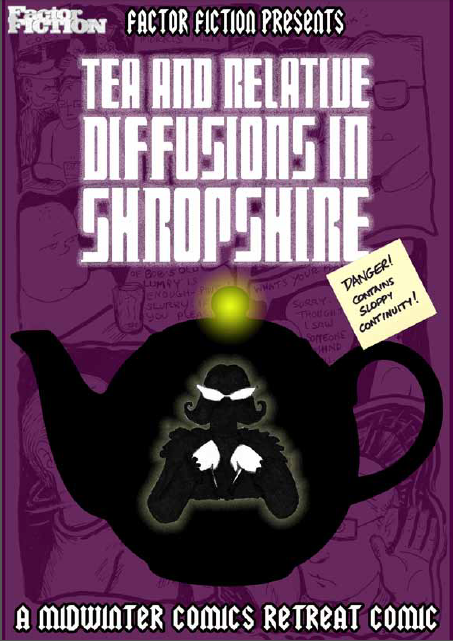 ‘Tea and Relative Diffusions‘ is a comic by myself, Jay Eales, Selina Lock, Jenny Linn Cole, Lee Kennedy, Terry Wiley,  Sophie Mobbs and Alan Rowell. You can download it for free from http://www.factorfictionpress.co.uk/TeaRelativeweb.pdf

Well, I’ve had a trip getting back home since Friday and I’m about tired enough to take it easy.

While I’ve been away, Ruairi Coleman has been blogging about our comic,  ‘Bottomley – Brand of Britian’  with a few samples from a page in various stages in construction. Get on over to his blog, ‘Swingin’ The Lead’ and have a look.

There’s a mega-post tomorrow about the Midwinter Comics Retreat as reviewed by Crazycrone and in some more detail by Motodraconis, who has snaps of some of the completed comic pages.

Crazycrone (Lee Kennedy) had some very nice things to say about my Apocalypchristmas card which you can buy from andy-luke.com shop (contact for friends rate), or you can get it from Zazzle (tho I see very little cash from there), and if you’re living in Belfast you can get the complete range very cheaply at the brand new Arts & Disability Forum show. 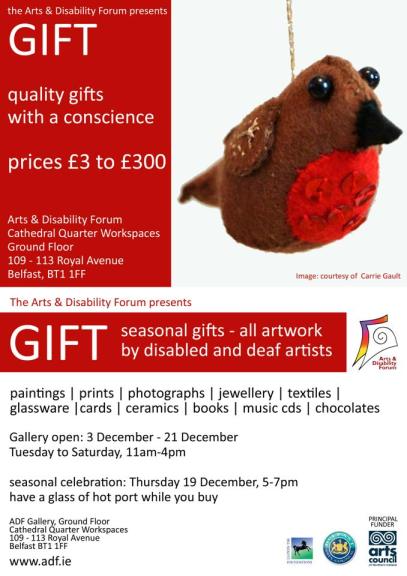