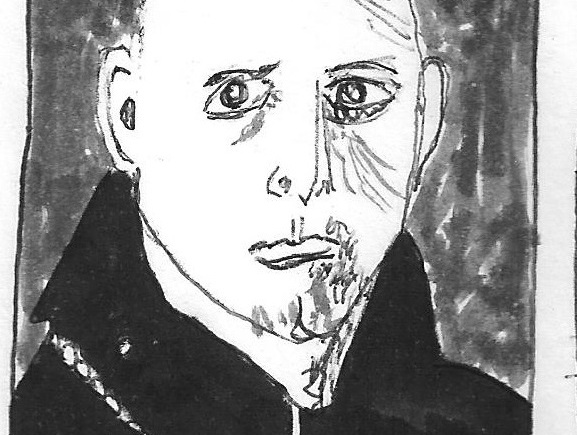 You can pay for chapters and over 75 pieces of exclusive content at http://patreon.com/andyluke

Three and a half million people, a tenth of them foreigners, milled around the free-market gateway to the East. Harbour improvements in the twenties brought in more ships, more businessmen and opium. The largest of the immigrants were from Japan, and the least popular with the Chinese. At the Versailles conference they’d delivered China a humiliating ‘Twenty-One Demands’, and held on to territory on the Southern peninsula: Port Arthur and Dairen. Every few years anti-Japan demonstrations resulted in student fatalities. National strikes would follow, shut downs of shops, factories and shipping. In reprisal, the Municipal Council cut the electric to Chinese owned businesses. Generalissimo Kai-shek took a passive approach to these and threats. His armies focussed on the Communists. Ten thousand were butchered, along with Northern warlords, and bystanders.

The International Settlement had extra-territorial rights for twenty-five thousand and was run by the wealthiest. These were British, who made up nearly half the colony, as did White Russians. Nearly half were Japanese. Life in the settlement was good for it was largely safe from Shanghai’s woes. A state of emergency occurred every few years, usually bringing warships from America, Europe, Japan and the British Empire to protect the municipality. The smaller French Concession housed ten thousand residents: only a tenth were French. Two fifths were Americans and a quarter British. Chao Kung lived in ‘French-town’, on Route Admiral Courbet. Those who knew him as Trebitsch suspected his attraction to Shanghai was linked to his desire to return to Britain. He’d dedicated ‘Autobiography’ “to the Prime Ministers of His Majesty” and ended it pondering his folly of hate for “one of the great bulwarks of civilisation.”

The summer prior, catastrophic flooding struck Central China and four million lives were lost in a week. In September the Japanese bombed a railway line in Mukden: a false flag pretext for their invasion of the North-East. They took Manchuria, and this caused the Chinese bond market to collapse. Though these woes came on top of the Great Depression, the dollar and rouble went far in Shanghai and it entered a uniquely prosperous era. Parties in the Cathay Hotel were hosted by owner Victor Sassoon, a Baghdad Jew, who shaped his signature V.S. onto the roads he had built. Sassoon received diplomats and dignitaries such as Einstein and the Roosevelts: there was Emily ‘Micky’ Hahn, the journalist who introduced China to America; Zau Sinmay, the romantic poet; Morris ‘Two Gun’ Cohen, a Whitechapel Jew and boxer whose life of adventure mirrored Trebitsch’s. He’d travelled through Europe, Russia and America before settling down as Chiang Kai-shek’s bodyguard. There was Walter Fuchs of the German Consulate, known to British Intelligence, and Chao Kung. Much of his day was spent in meditation and study, but the afternoons he’d kept free for meetings. Chao wore a black robe with close fitting white trousers and carpet slippers, a skull cap on his closely shaven head, and a string of beads. Chao and Fuchs worried about the attack on five Japanese monks, and that the soldiers would use the incident to exact retribution.

On January 28th, the city’s optimism was ground to dust as three thousand Japanese troops marched through Chinese Shanghai. From the Cathay’s windows, guests saw thirty warships sail into the bay. Forty of Japan’s planes took to the skies. In the weeks ahead mortars blew holes in the city’s streets. Thousands of Chinese civilians were gutted and corpses piled up. Travellers brought tales of other Japanese invasions in the North: Hongkew and Suzhou Creek.

On February 9th, five days after the battle of Harbin, Chao Kung walked into the offices of the North China Daily News. ‘Can China be saved?’ he asked their English readers the following day. This bloodshed, he wrote, had been foretold by him through his ten year history with China. As ‘the first foreigner to be admitted into an age-old Buddhist order’, he had ‘Twenty-One Points’ for national regeneration. These included an end to opium dens and criminality, and more foreign advisors in key administrative positions.

The fighting continued until early March: hundreds were killed and thousands were made homeless. The occupation of the northern train station further closed Shanghai off from the world. ‘French-town’ was relatively safe. From there the Venerable Chao Kung wrote: to Margarethe, whom he asked not to call him Ignacz. He was no longer her husband. If she was willing to accept that he, as a monk of the Supremely Enlightened One, was her teacher, they could correspond further. To Kreitner he wrote angrily that he was disowning ‘Autobiography’. Kreitner protested that edits were made by the publisher without his knowledge. Chao decided to write his own book, free of editorial meddling. He incorporated details of correspondence with other Buddhists: Walter Persian in Hamburg; Dr. Grimm in Munich; and Madame Escoffier in Nice. The stars gashed on his forehead had not blocked his need for travel. The desire to get away, to be in transit, was only exacerbated by Shanghai’s volatility.

When the fighting came to an end he left the flat to give public lectures and was heckled by Christians. He met with Fuchs, who was enticed by his talk of forming a European Buddhist community. It would be a great centre of learning, and so Fuchs made regular donations to the cause. The widow of the richest man in Asia, Lo Chia-Ling, also contributed. Like Victor Sassoon, she was a Baghdad Jew, but Shanghai had made ‘Liza’ a devout Buddhist. She gave regularly to the monks and was an admirer of the Bodhisattva.

Fuchs got Chao an appointment with German ambassador Baron Collenberg at the German consulate. Fuchs’ assurances meant by the time June came and he sat in front of Collenberg, Chao’s new book was on his desk. ‘Can War Be Abolished?’ was a self published work which took advantage of Shanghai’s cheap printing and high quality calligraphy. On the cover was a photo of Abbot Kung, cross-legged on a cushion in deep reflection. Collenberg lifted a hundred page hardback from his desk.

“I found it urgently touching,” he said. “I drew much hope for the future while reading it.”

“I am grateful for your support, and that of the wider German community here,” said Chao.

“You are no longer involved in politics?” asked Collenberg.

“From Saul to Paul. I understand you wish to visit Germany for literary and religious activities?”

“I wish to study, and perhaps set up a monastery there. A man in Hamburg wishes to do likewise, but I do not think him fit to do so,” said Chao.

“I see,” said Collenberg. “Then, your holiness, I am happy to recommend to Wilhelmstrasse you be allowed to return.”

He walked a Shanghai in recovery. The orphans cried and Chao Kung shook in the reverb-storm. Though he was heartened meeting Collenberg, his mind moved faster: to Germany; to France; Canada. He soon found himself on the SS Trianon sailing for Antwerp. It was the slow sail: nearly two months over the Pacific, past Java, around the Atlantic. He made what sociable sport he could with the passengers, and wired ahead to Madame Escoffier. He and the Buddhist leader could reunite during his stop off at Marseilles. The sea air lifted his mood, the boat bobbing as he sunk and rose in meditation. He sailed through a world which heard jazz and talked peace, saw talkies Battleship Potemkin and Metropolis, and new stars Marlene Dietrich and Mickey Mouse. In America, the Chrysler and Empire State buildings competed for skyline, above which his friend, Karl Weigand, travelled on the LZ 127 Graf Zeppelin years before. It was a pleasant trip. In blue sky birds flew and in evenings became luminous wonders in electric light.

The clean air and soft light warmed Chao’s robes as he lay back on the purple cushioned lounger, to the sound of excited holiday makers and the smell of fresh baked baguettes, olives and ratatouille. A coloured glass was put in his hand, cool water trickling a ring around his finger. He looked at Madame Escoffier with her suntanned skin, golden hair and curves. He acknowledged her with his signature nod that was not a nod: a subtle lowering of the eyelids. Escoffier sat by Henri and Marie, who eased out of their daydreams to give the same silent nod. He looked out to the descending houses of the Riviera, shapes of buildings competing for character: the cathedrals; Nice Opera House; the Masséna Casino; the restaurant terraces and the old town. The cannon, firing midday since the Sixteenth century, was unlike the terrible bombs of Shanghai. It was a simple call, reminding citizens to lunch. He’d grown to expect it. Somewhere down there, Chagall and Matisse painted glories on canvasses. Palms and citrus trees stood assured of serenity. The Promenade des Anglais and flat beach curved around the Bay of Angels and the cool Mediterranean.

Then a sudden, flaring alertness. Inside, throat to root chakras screamed, demanding everything. Chao blinked, twice, and saw a ray of orange heat binding Escoffier and her disciples. As she moved across the patio, watering can in hand, their shared consciousness seemed to follow. He could hear the plants, gently replenished. Deep in these ruminations it was a moment before he realised Henri was speaking to him.

“Bodhisattva, will you talk more of this monastery you want to establish?”

Chao’s eyes silver-sparkled. He waited for Escoffier to join them and he began to speak.