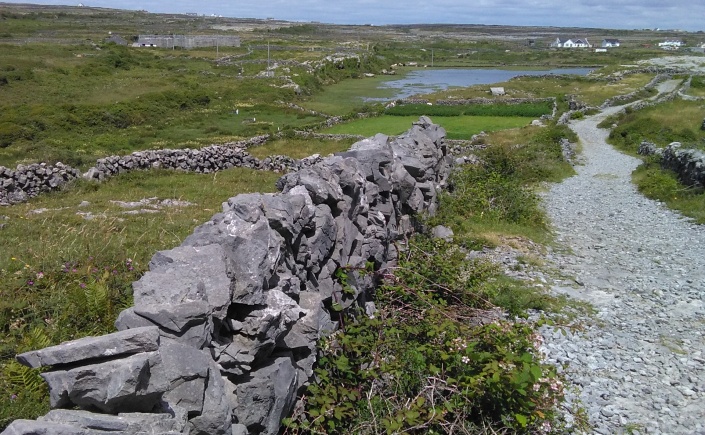 Work carries on with ‘Axel America’. Unfortunately the previous copy editor didn’t work out, but on the plus side, it’s being done in-house at AG Publishings. Andrew Gallagher is such a joy to work with: thoroughly professional and a big fan of the book, his support fills me with confidence that we’re going to shift some copies when the novel is released two months from now. As it’s set >now< (now being just after Chapter 7), last minute re-writes are required under Brexit, but we’re getting there.

It’s been a lot of work, and so I took a long weekend away. I did consider asking social media for an update on post EU Ref / Brexit, all the political developments of my week away, but on second thoughts, I’d really much rather have an update on my friends and know they’re coping and surviving it. Westminster politicians aren’t far enough down my caring list, yet they carry on trying to make out this ever-shifting landscape is completely about themselves.

The weekend away began in Galway, and a reunion with Emmett Taylor, cartoonist behind Dope Fiends, and several Dublin Comic Cons. Emmett was one of the first comics creators I worked with, and it’s been fourteen years since we saw one another. Here’s us in a famous Salthill pub enjoying the craic. 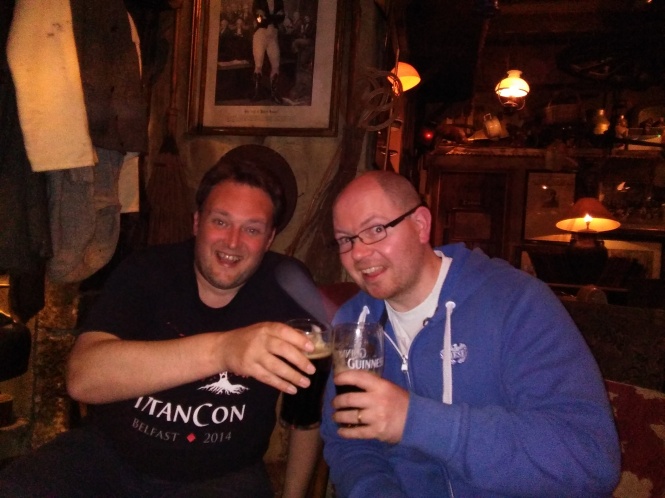 Sarah and I set off the following morning for Inis Mor, the largest of the Aran Islands. 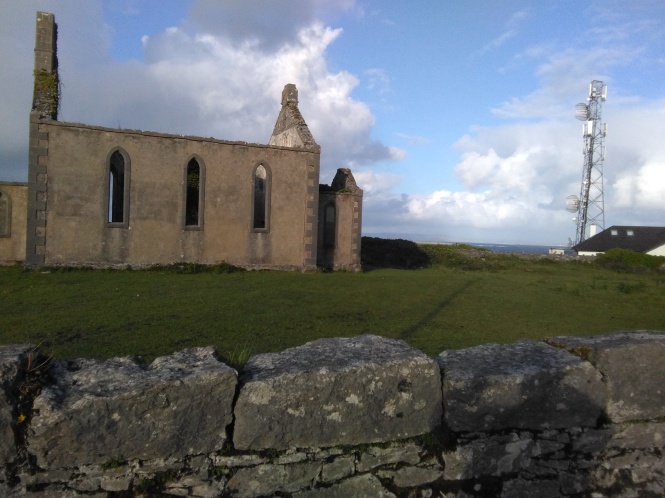 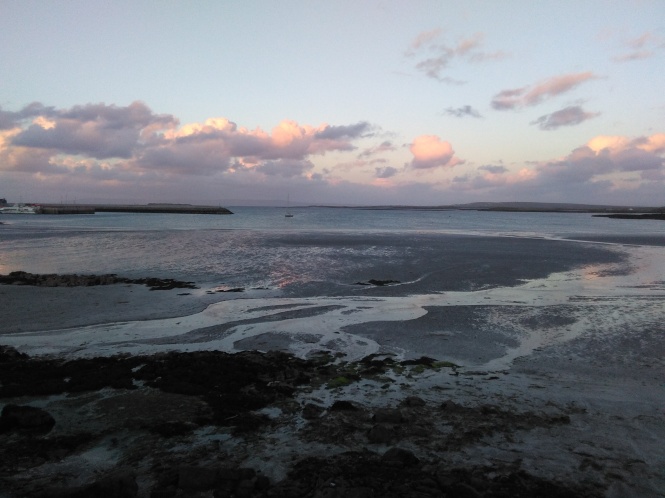 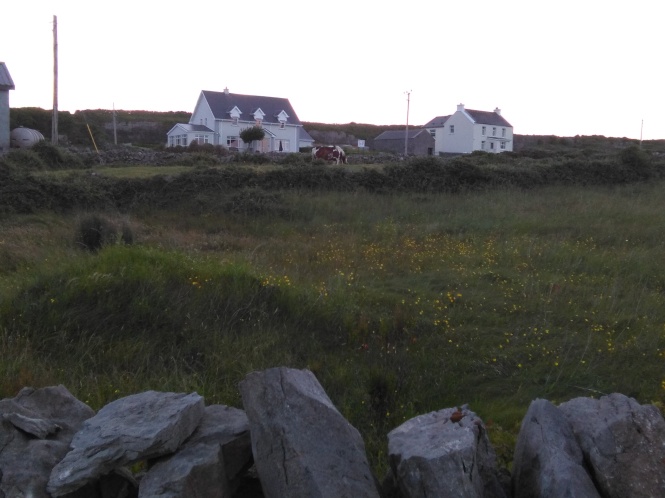 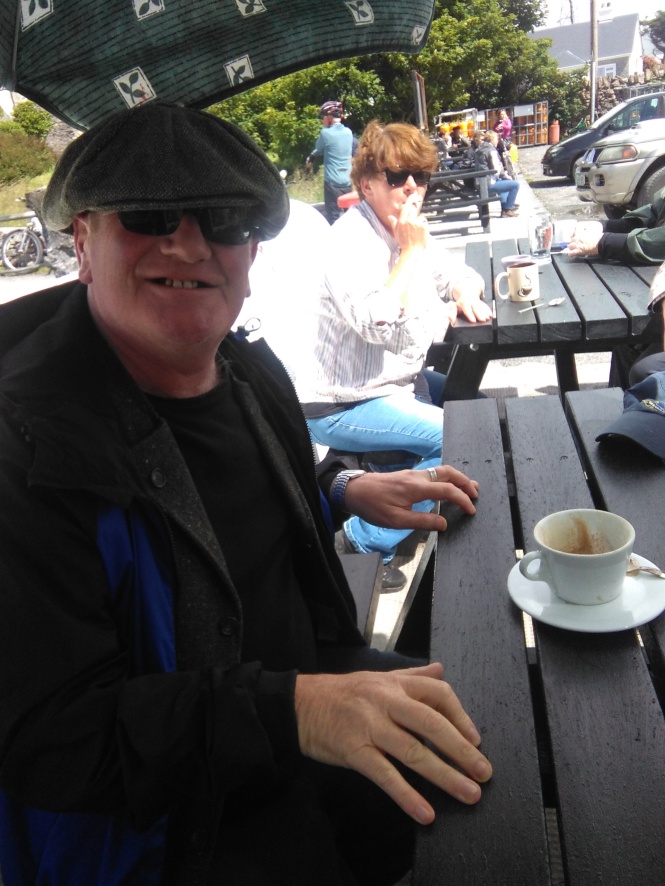 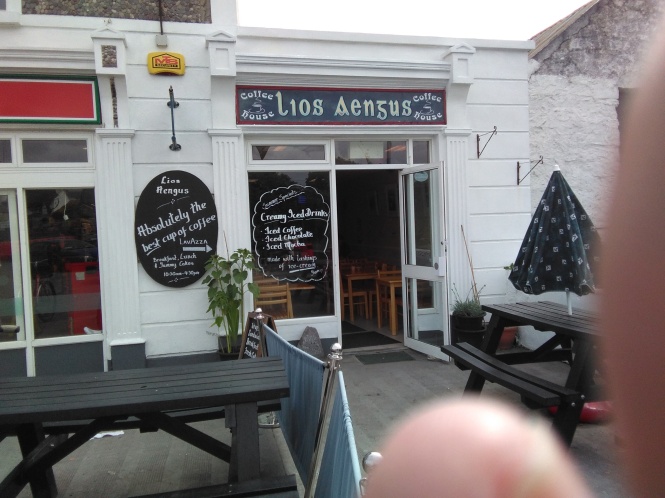 John and other musicians regularly hang out at this island cafe run by Roland and Angela, who make a mean morning smack-me-up brew.

Our B & B, Ard Mhuiris came as part of the Aran Islands ferry package, worth finding. A homely little place near the harbour run by Cait, who came over as very sweet, attentive and likeable. No pictures snapped but for this rather unusual 3d picture on the wall, which resembles both a horse and the face of a strange old man. 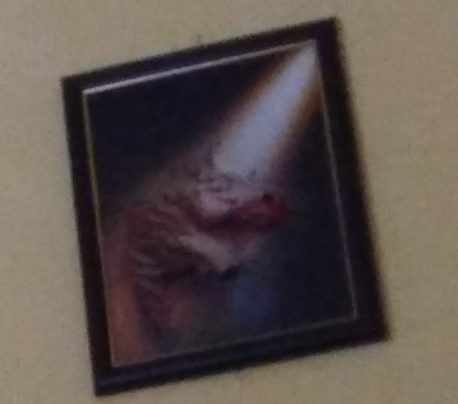 Oh, right, you liked the ones with fields and sea… 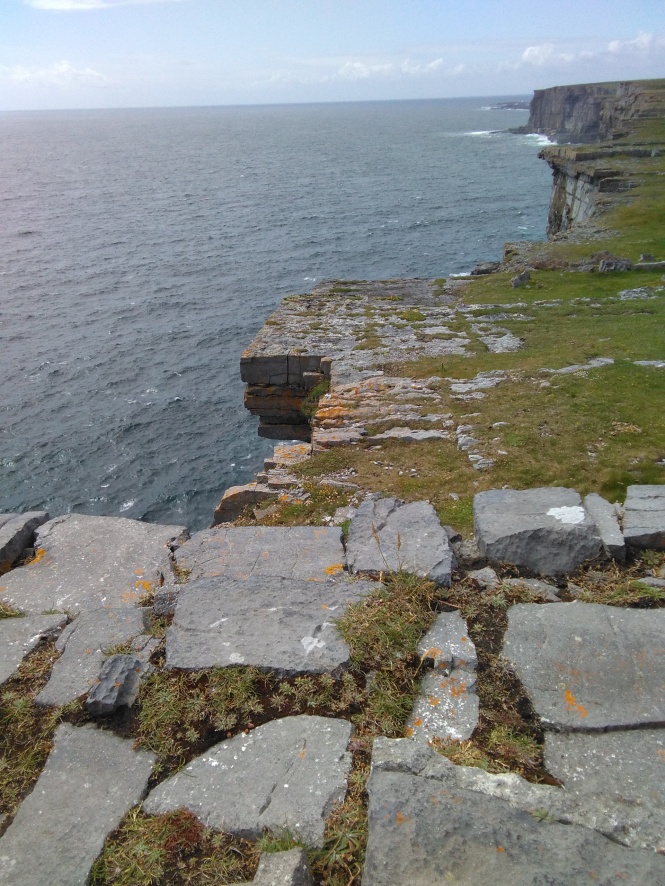 There’s no barriers or handrails up there. Beautiful? My legs were like jelly. Dun Aonghas is 300 foot cliffs. 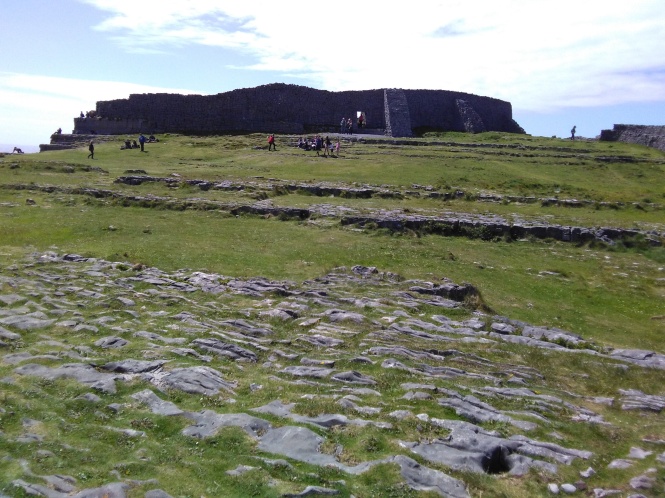 The fort from another angle. The Burren, the stone-field in foreground, is all over the island. 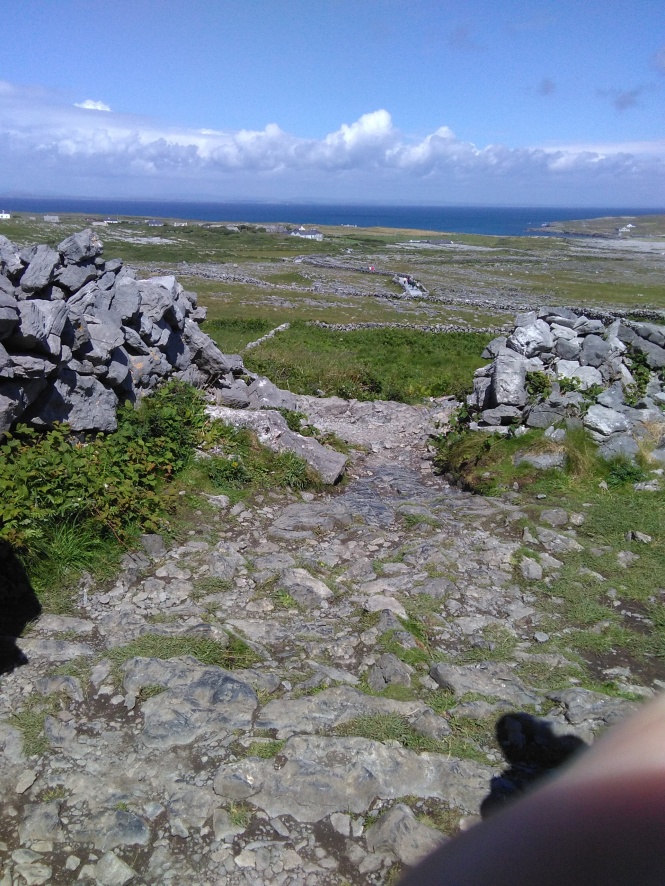 The road to Dun Ducathair (The Black Fort), includes twenty minutes of walking on stones. 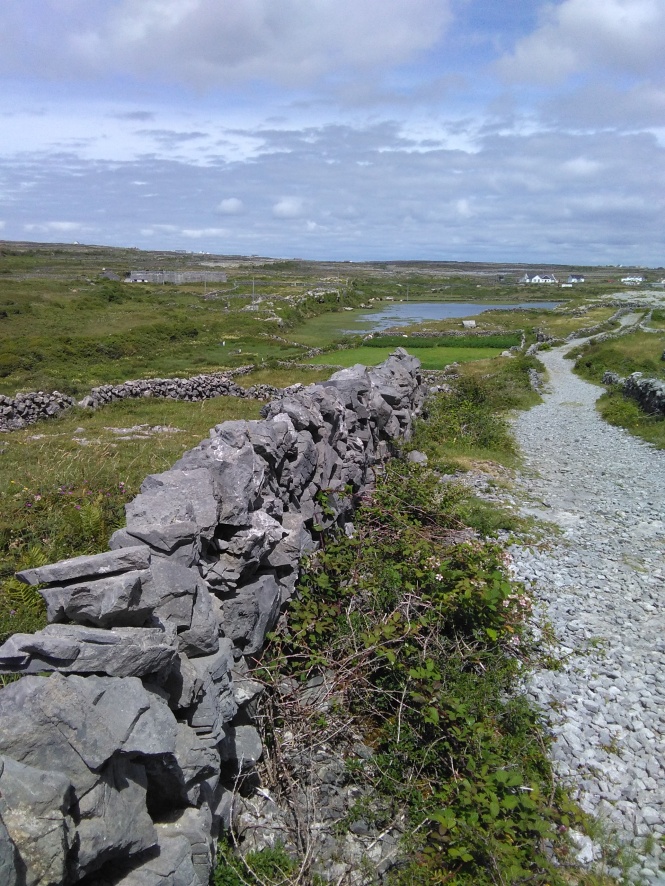 Right, I have to get back to work now. I’ll leave you with a photo with less stones in it. 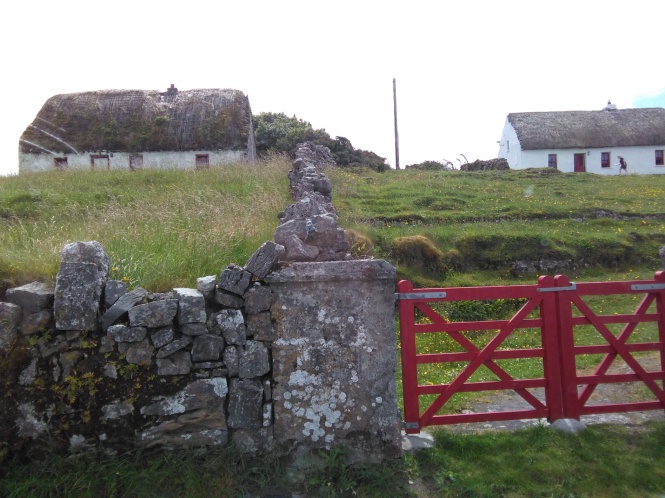