Hristina and I meet in nearby Ballintoy to coo at Bendhu House, eat at harbour, shriek at divers in rocky waters.

There’s a pub there with a Game of Thrones room, apt, as they shoot at the harbour twenty minutes walk.

Back on the island, 520 people come in for the Rathlin Run. Special Guest Star: Rathlin chum Moira Morton arrives. Sean and Patsy take us for a look around West Lighthouse.

On the way back, I’m inspired for a horror short and home, we’re made Sunday dinner and treated to many stories. Throughout the week, I’m talking to four islander writers, hatching plans for a writer’s retreat. Beer and burgers for a fiver!

Writing: End of month deadlines: Sloppily prepped, I do submit an article on writing I am pleased with, five poems and a piece on behalf of Richard Barr, storyteller supremo. 2nd draft my horror piece and continue with the space opera.

Special Guest Stars #2: Donna Traynor and BBC Newsline. I appear in cafe background, but will it make the edit?

Answer: Usual ole nuisance associated with film crews. They might not show up, they show up late, they don’t want to shoot in the cafe, they do want to shoot in the cafe, they’re setting up for ages, or are they filming, I’ve already drank two cups, the marshmallows, the hot chocolate and I can’t order another because they’re still here, directing everything. Annoyed. Filming or not? Apropos of nothing, I drink from an empty cup because this is amusing to me. This ends up on five seconds of the broadcast.

There’s been a problem with the volunteer due to show up on Saturday. Will she? I might stay on. To be continued. 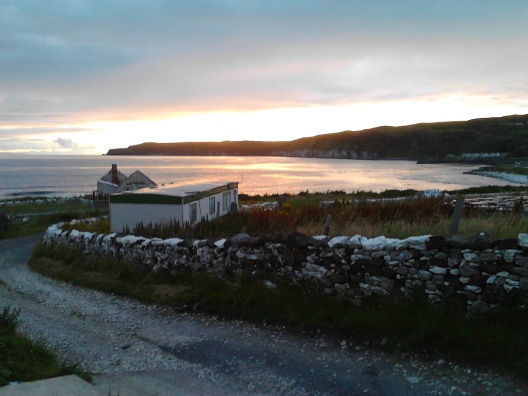