A meta-pageant of comixers I was among gathered at the Halford Big Barn in Shropshire this weekend.

In Leicester I chatted with Jay Eales and Selina Lock (The Periodic Adventures of Señor 105) and Terry Wiley (Verity Fair) over a hive of books before riding through rain and grey and black and little white lights and nudifying full beams of head-idiots. Already at the cottage were Alan Rowell (regular MCR man) and Jenny Linn-Cole (Shallow Water), were multiple hallways, stairwells, bathrooms, living rooms: Escher’s Relativity, a Tardis quality. We settled with tea and after quiche, chat was divided between the story for the comic we put together: Jay typically writes this but as usual is subjected to  ideas such as

– MCR cars with shrink buttons like in InnerSpace (1987), that navigate ever-tinier passageways en route to the location, with names like Shoebox Lane.

– Amusing names of towns we passed such as Diddlebury, Monslow (Ulster for ‘Cmon, slow!), Horsehay, Dawley Lawley and Much Wenlock.

– Halford Big Barn becomes an industrial rave zone were Alan and Chris yell “Firestarter!” like Prodigy on account of their maintaining our fire, and The (Kitchen Foil) Rastafarian Dancing Robot

– Medieval villages located by Alan on a map, that no longer exist.

– Hulk Jay smashing cars along the motorway as we ride on his back.

And we also caught up. I’d not seen the group in a few years and Jenni Scott (Caption) and Richard Buck (Tortipede) were joined by their juniors Aphra (Climbing Things) and Bruno (Musical Midgetry) They were very well behaved, not at all like those howl-blitzer babies. I caught myself too often laughing with the children’s strange words and sounds; more resolute that it’s good that I haven’t kids as they’d incite me to absurdist insurrection. 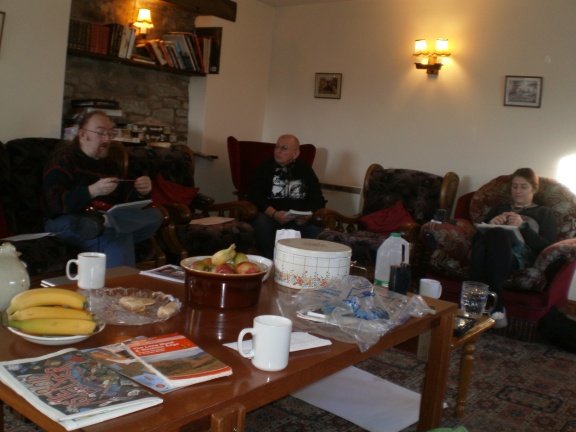 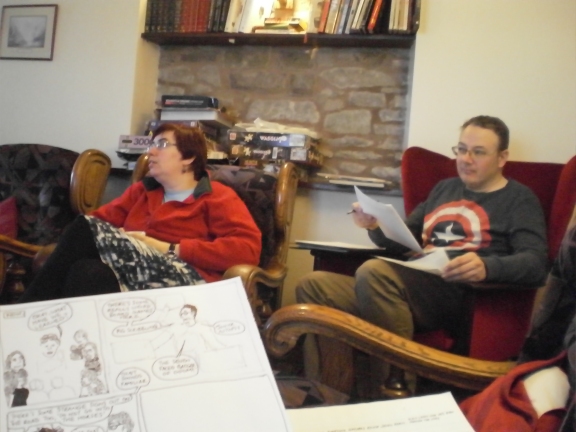 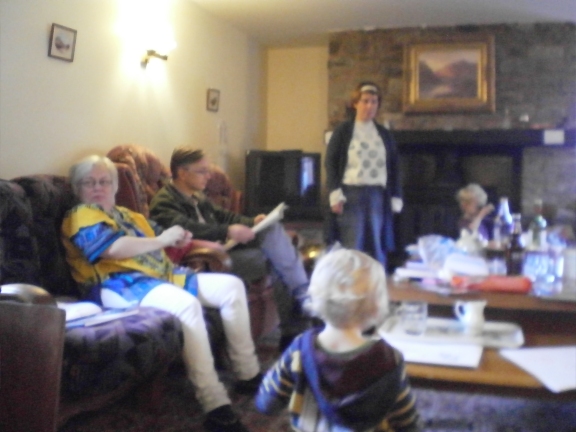 The three full days of food for eleven adults and two kids came in at around £10 each. I was up first Saturday morning to do some of the clear up which Sophie (Computer Animation) finished. Dishwashing machines are rankly too high-brow for me.

Jay had begun full script using the obelisk from The Five Doctors (1983) So while he wrote on ways to ’round us up’, Jenny, Alan and I made for the village of Craven Arms were we saw some unexpected things. 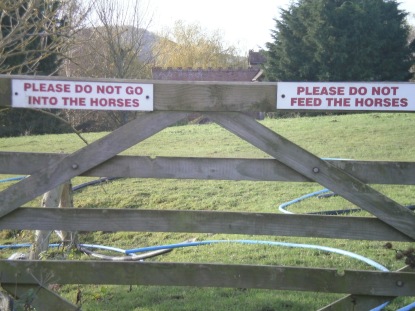 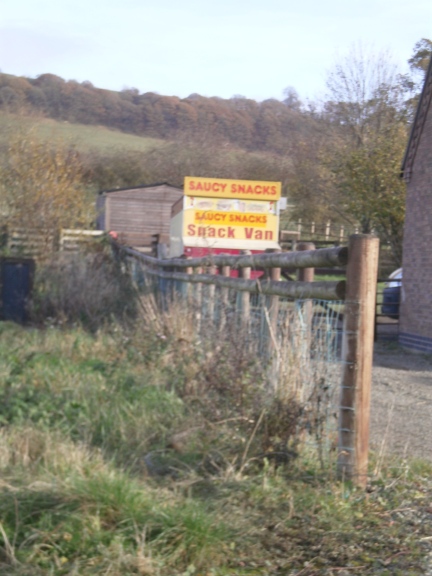 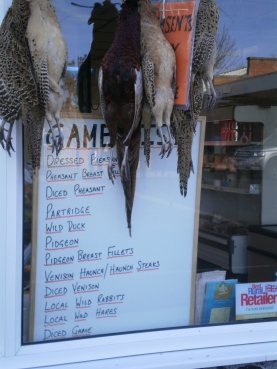 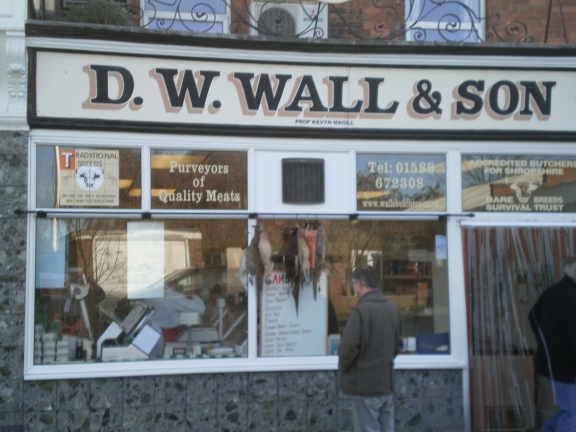 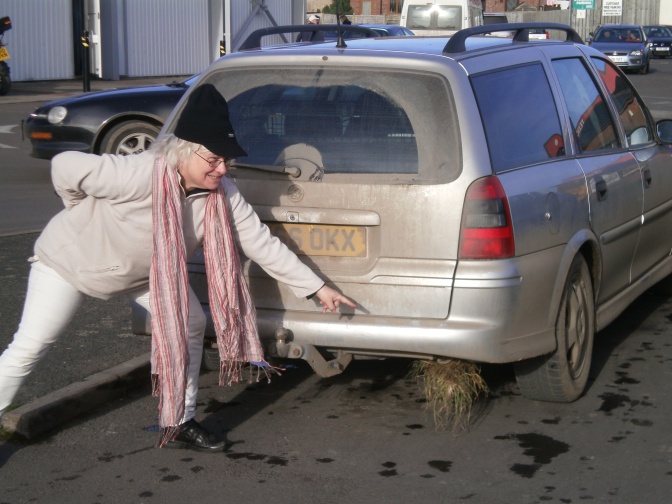 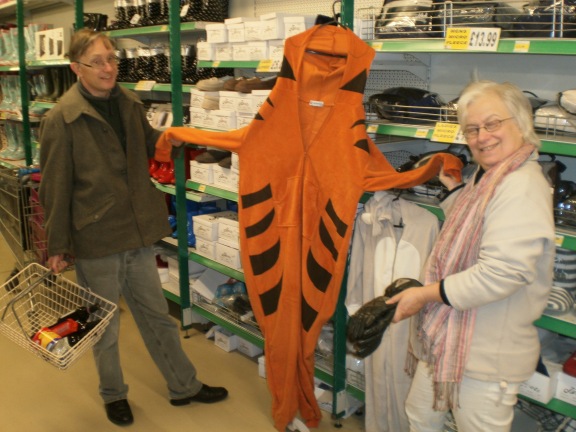 And right in the heart of the village they called Craven Arms, with , as we’d suspected, a pub – called The Craven Arms. 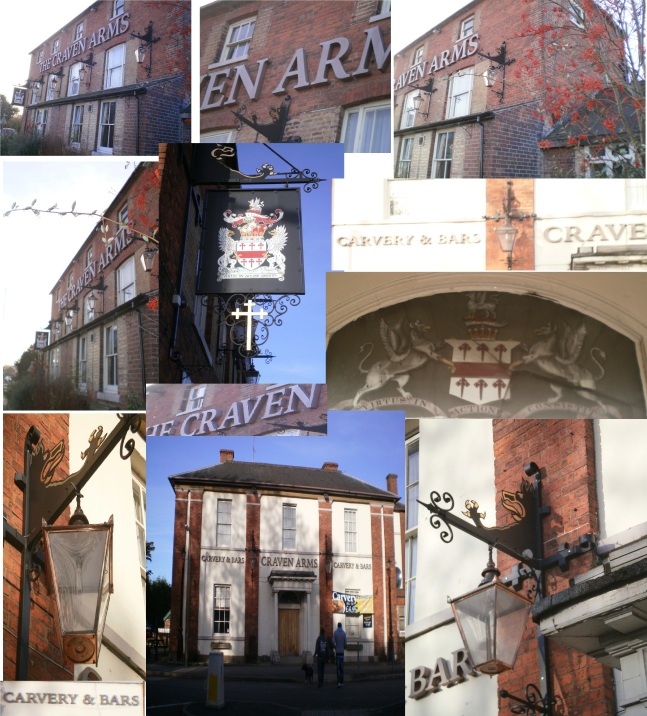 Facing it, the central town sculpture, 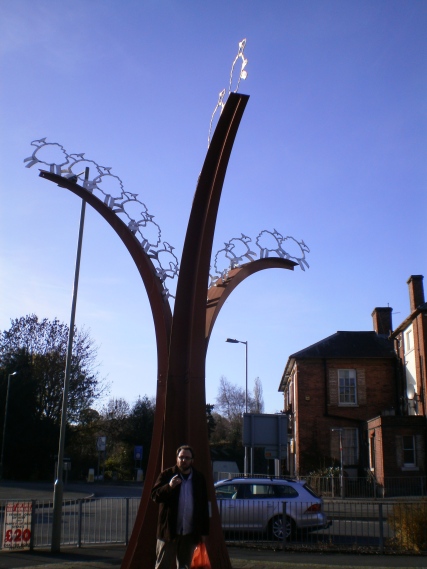 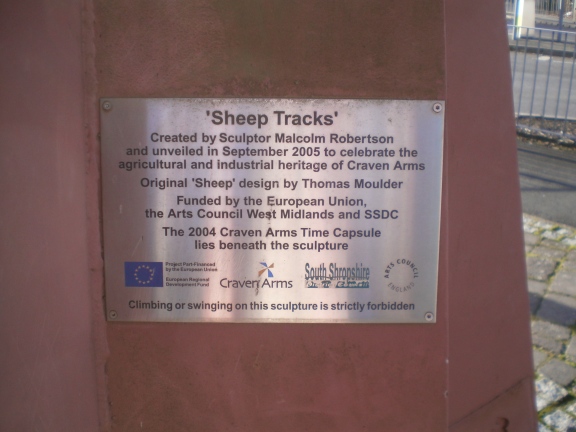 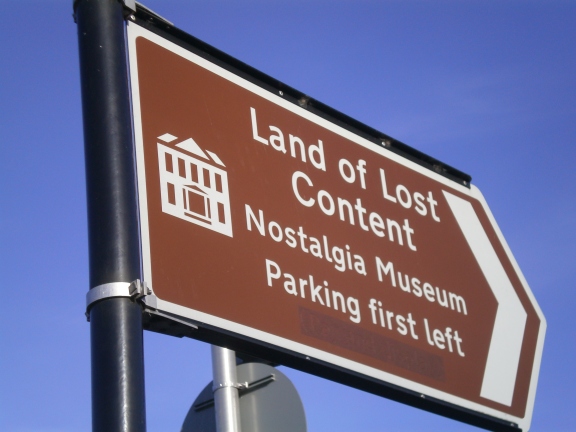 Maybe it’s a secret capitalist scheme, a hub point for businesses to funnel your lost property and re-sell it as a tourist attraction.

We also spotted a dalek compound, 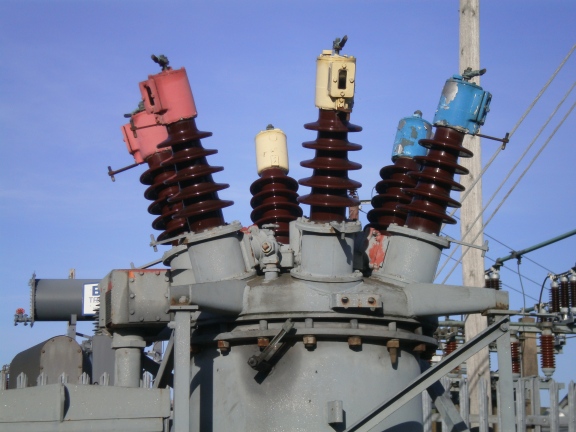 And a shaggy pony,

All dumpy and fluffy, a conspiracy pony lovely pony which infiltrated the pages of this year’s comic. The pony showed no interest in us, but there was a horse. We did not go into the horse. 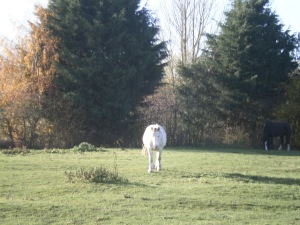 But it was moving closer.. 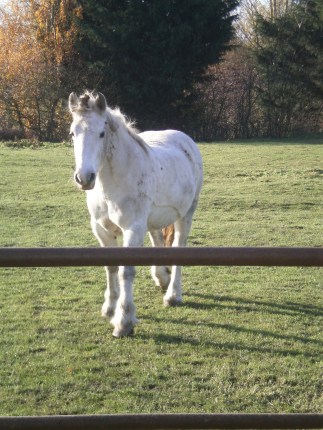 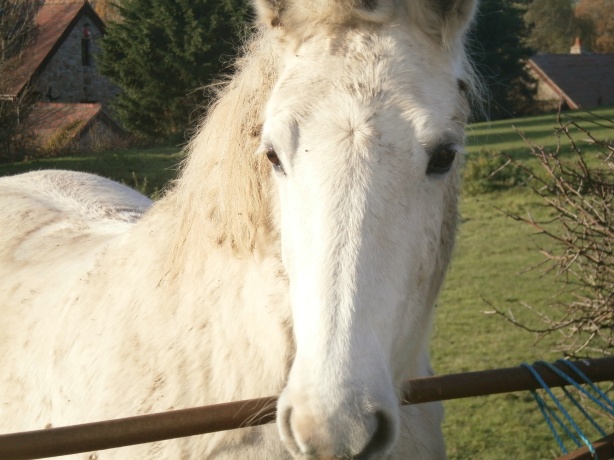 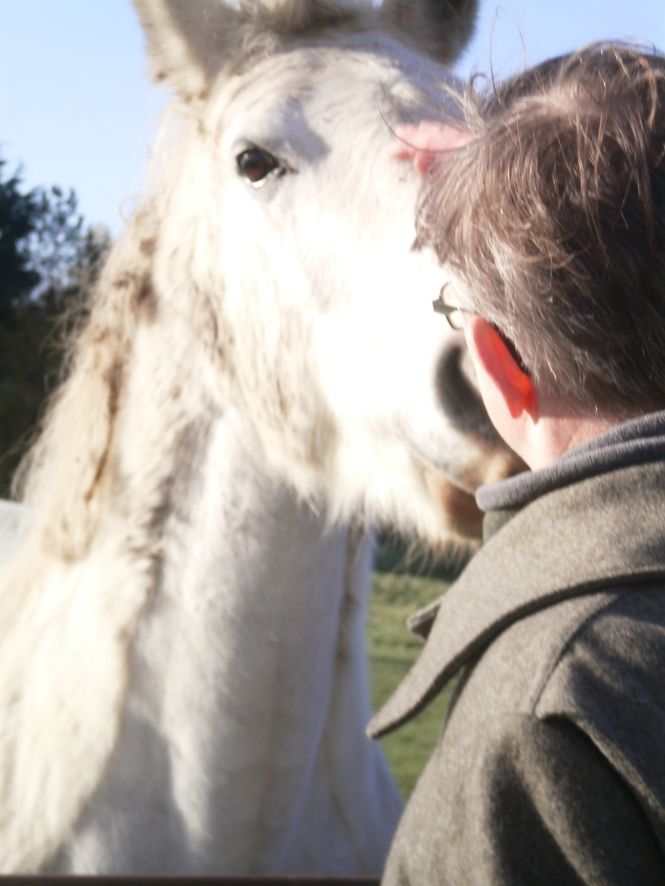 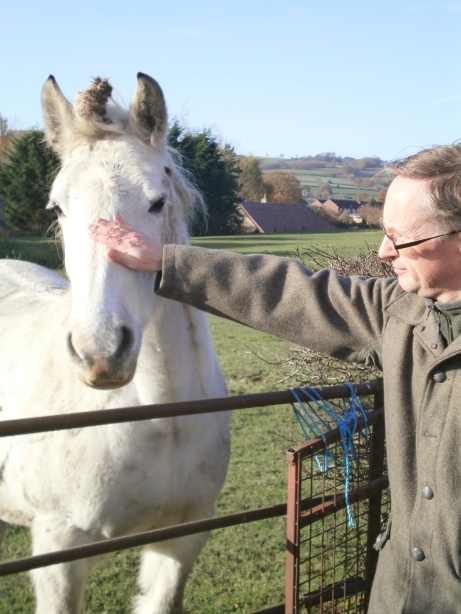 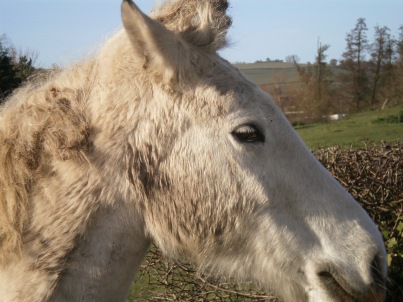 Andy: We won’t be feeding you.

Alan: Oh, he’s going for some ivy anyway. I don’t know if ivy is poisonous to horses or not.

Andy: I guess we’ll find out on the way back.

There was a disused barn opposite the barn we were living in and I shot one from inside the other. 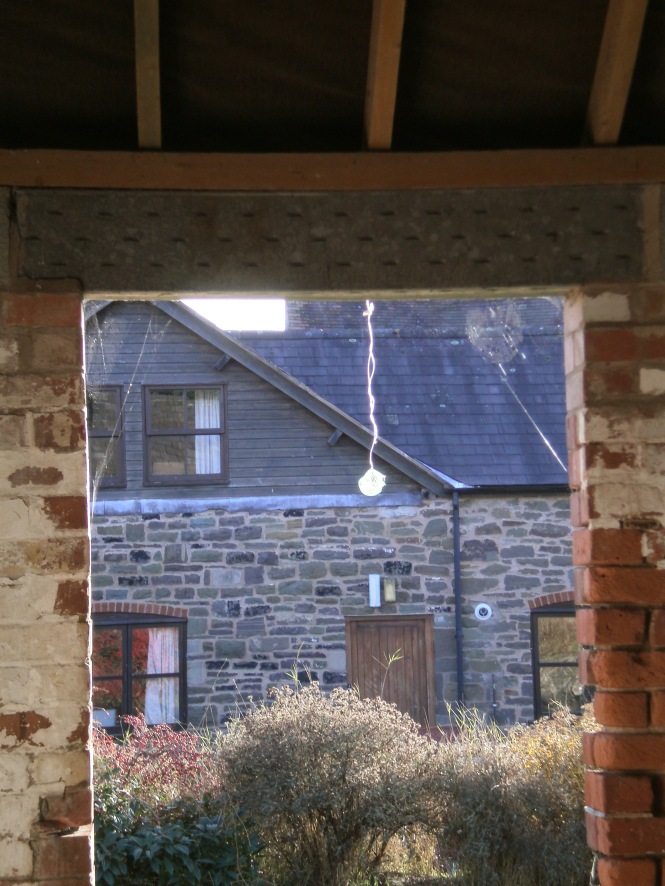 Back inside, I got my first page of script from Jay, a scene were I’m being tortured and branded by Iain Duncan Smith. The MCR takes in a very simple principle – ‘Fun’, which over-takes paradigms such as “I’m the writer”, “Kirby Vs Disney Studios” and “Everybody must make comics now”. Terry and Sophie were on their third pages by the end of Saturday.

I managed to catch up by the time Sunday evening came around, but by then they each had four in. The UK MCR events were set up by Debra ‘Teacake’ Boyask back in 2003, with the principles fun, community and collaboration. (Three necessarry components in making comics) Usually we’d have about 10-12 cartoonists: a core group of about ten and always a few newbies, unconnected with any trad comics creators scenes. What grew over the years was an extended family environment: there are members of the group I feel awkward with, close to, uncertain at any given time, but it’s no cliche to say I love them all – they exemplify what is great about the UK comics scene. Debra, I doted on, and one of her requests at MCR was that her men bring ties to wear at Sunday dinner. Debra was here in spirit form this year but the time was almost passing too quickly and the shiny blue and white silk remained in my luggage. Thinking about it now, had Debra Teacake been in the flesh with us that weekend, I’d be fretting that someone would have noticed I put six staples in to stop it falling apart. It would have been hilarious for everyone except me, I’d have gotten very embarrassed and then I’d have seen they appreciated the gesture. Debs would have said something consoling and it was a nice tie, so we’d putter on. In any case, I’d brought a spare.

The MCR 2013 comic should materialise in the next month or two and you can see some of the pages at Motodraconis’ livejournal.

Postscript: Jay and Selina drove me back to Derby and “The World’s Safest Car Park”, manned by a tank. At Central Library, we had a Lunch n Listen with leftie horror writer Simon Bestwick and his publisher. Great stuff. Then with Simon in tow we headed for a world buffet were we talked largely about interwar celebrities such as Lady Grace Drummond Hay, Horatio Bottomley and Charles Pemberton-Billing. We got to the airport late and were assured by the Flybe front desk clerk it’d be fine. But it wasn’t. A following day flight had to be paid for, and Jay and Selina drove 45 minutes back so I had a bed. Thanks to them both for putting on a brilliant weekend. Debra would be proud of that. 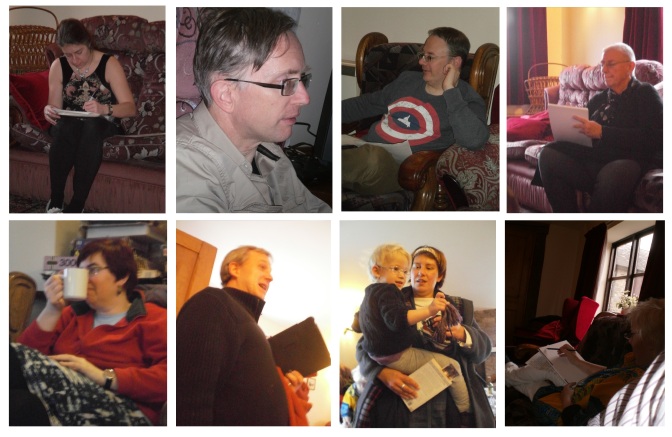