You couldn’t quite call them policies, maybe intentions, one of the intentions I had when making Bob’s comic was to include a guest star each issue. William Shatner appeared in the third episode, having fallen asleep on Bob’s couch during an alcohol fuelled binge which no-one could remember. Despite wearing his Star Trek: The Motion Picture threads, he went unrecognised until someone mentioned the TV show T.J. Hooker.  Bob insisted that Willy get a dustpan and shovel and help clear up that mess amidst calls of “Can I have your autograph, Mr. Hooker?”

The Ralph Kidson got such a chuckle out of this he sent me his interpretation of the moment. I used this as the cover to the first Bob’s spin-off, about Willie’s return to the Enterprise and the ramifications of his days of a County Down bed-sit dole hole life. Here you go, 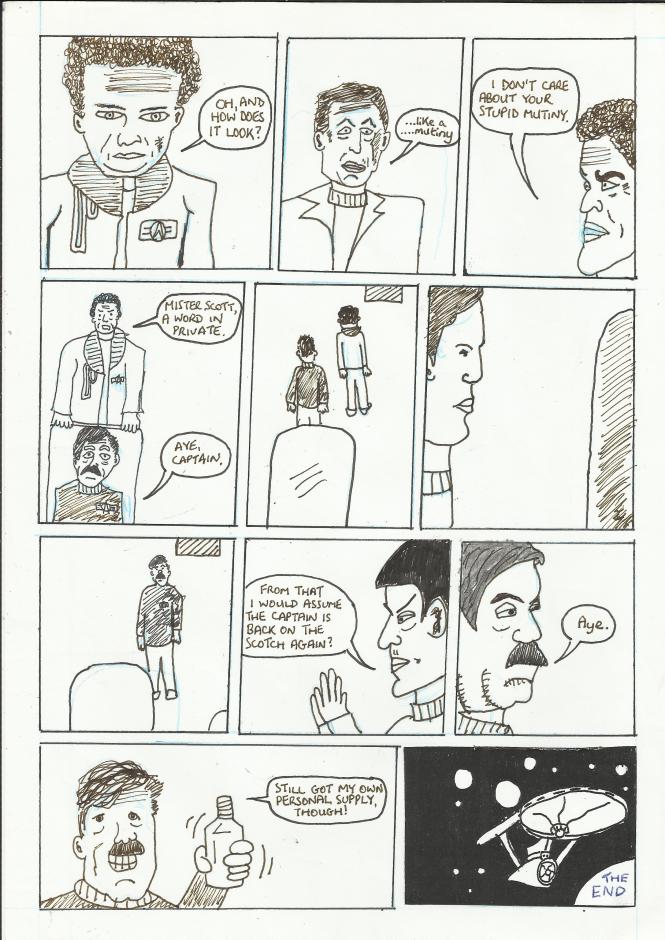