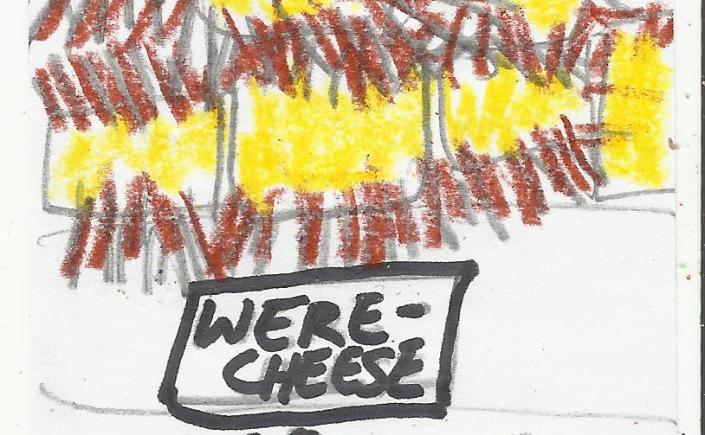 So yeah, great night at the Bloggers Meet Up at Farset Labs. Links that I want to follow now but can’t, for the need of rest. It’s own post in time.

Cap’n Chris Ledger and I were on BBC Radio yesterday evening talking about Bounce! arts festival. Apparently I came over quite well, but if you’re a regular you’d probably like to hear Chris speak. About 14 minutes in.

The workshop Stephen and I are presenting tomorrow is fully booked. I’m letting in three above the limit we’d originally set. Tickets are still available for the rest of Bounce! at £20, still a saving on individual events.

Day 1 was pretty exciting. Great reports coming out of the workshops. ‘Wheelchair in my face’ was a one-woman theatre by Sonya Kelly which ‘framed’ (pun pardon) narrative around her need for glasses as a kid, and involved everything else: church niche weirdness, crap bullies, last rolos. A superbly unifying piece and Sonya has great big eyes. It inspired me as to what could be done by one person prepared to learn their performance. I’d love to have a go at that. (It was also very, very, once more funny)

The second performance was Victoria Geelan, who took the stage and won everyone over. She has the most beautiful singing voice I’ve ever heard in my time on this planet. When she opened her mouth it was like those really pretty scenes at the start of Lynch’s Blue Velvet were everything is just perfect. There was more than a bit of the ethereal Julee Cruise about her too, but I think at heart, the triumphant earthiness of Patti Smith. There were a few foreign language and eclectic numbers and some contemporary stuff. Most people in the audience ascended in love with Victoria tonight, maybe fell a bit too. This is the stuff giants are made of.

She’s been funded by the ADF to record her first album which will be out later this year. It’s called ‘Unfit the Picture’ and there’s an autumn tour following. Please get me any ticket. Meantime, here’s one of her earlier pieces from Upstairs in Sandino’s.

Something small to finish this blog entry on? I found this sketch in my doodle book, May 2nd and just coloured it up. 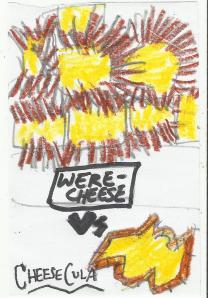