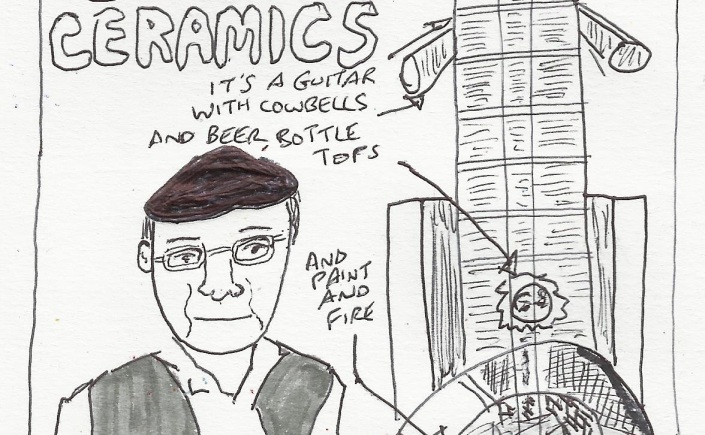 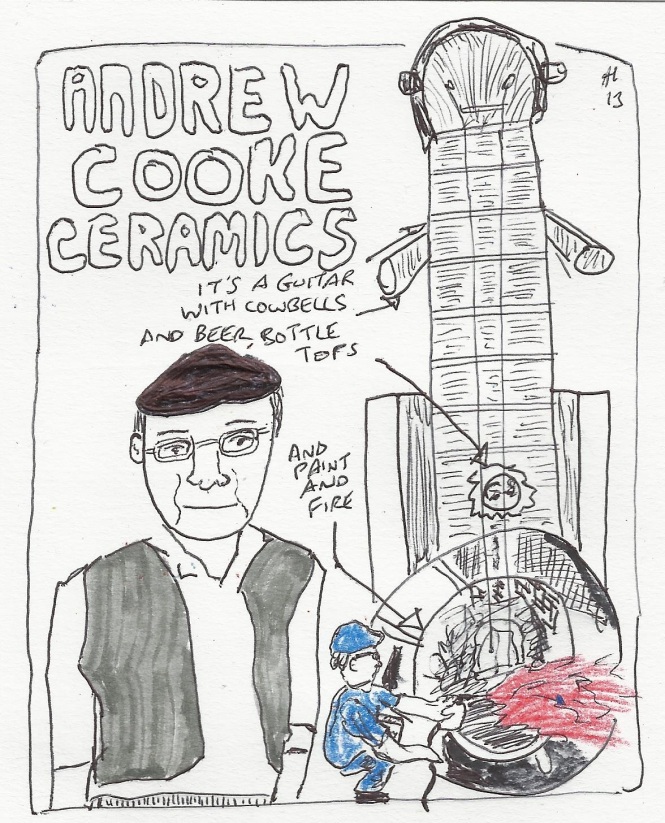 That’s apparently a guitar. You wouldn’t know because I drew it like a fast food totem pole and when Andrew makes his guitars he welds on stones and buttons and slashes paint everywhere. He had some of his instruments on a pick up and jam exhibition at the ADF a few months ago. He encouraged people to pick these stringed beasts up and play them, using tree sticks, lightbulbs, screwdrivers, I wrecked a Nokia2690 plectrum. Some video and photos from the ADF sessions.

I don’t know Andrew terribly well, but he seems a pleasant enough man and was quite helpful in talking about the process he goes through. You can buy the instruments or just look at the pretty pictures on Andrew-Cooke.co.uk

In a house in Oxford filled with what the English call chavs and what the Irish more sensibly call spides, I roomed next door to a guy called Mike. An incredibly funny, pleasant and charming bloke working through a scholarship with a gifted brain. It was Mike who taught me about folding oven foil to separate, who introduced me to The Philadelphia Experiment, and whom I went on marathon video watching sessions with over a nice beers. 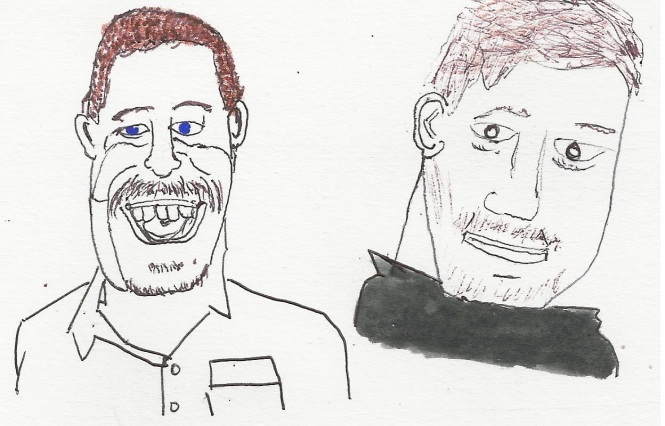 I felt I was on the right track but as usual the first sketch looks not much like him. Mike was fond of cooking beans until they were stodgy and I called him ‘Mike Beans’. Somehow it stuck. I couldn’t find Mike Beans on Facebook, so it was nice to catch up with him under his real name today. Stuff seems to be working out.

Mike drank a fair bit more than me, and I was working at the Thresher’s off-license at the time. This was useful for discounts. One day I must have come home with a promotional sign: ‘Buy more, save more’, according to this mp3 recorded at the time. Mike wasn’t having any of it and threw it down the stairs.