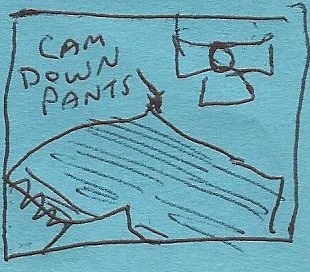 In March 1993, I was half the age I am now. Half the weight, with a guitar, making tarot cards, and giving readings. Of course, there were comics. 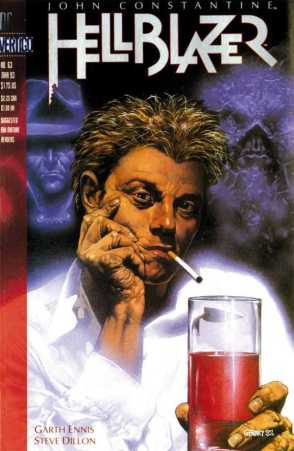 In which occult investigator and mucker John Constantine expects a dismal 40th birthday, but finds a surprise party.

By the start of his Year 40 apathy, US comics were getting laid low by the speculator boom and bust. The morning after saw both Constantine and US comics generally claw long back to a balanced life.

At the end of this year, I’ll be forty. I don’t know if I’ll be alone, with four friends, or with thirty-seven. In Northern/Ireland, England or Delhi. Probably broke. I’m going to have a not disappointing time. No one who doesn’t want to has to attend. I’ll be on the internet.

I’m going to create something new each day, and share something I create online. Today, a comic I drew in a webcam chat room, about some friends of mine and a weinermeister user-named ‘LordOfRings.