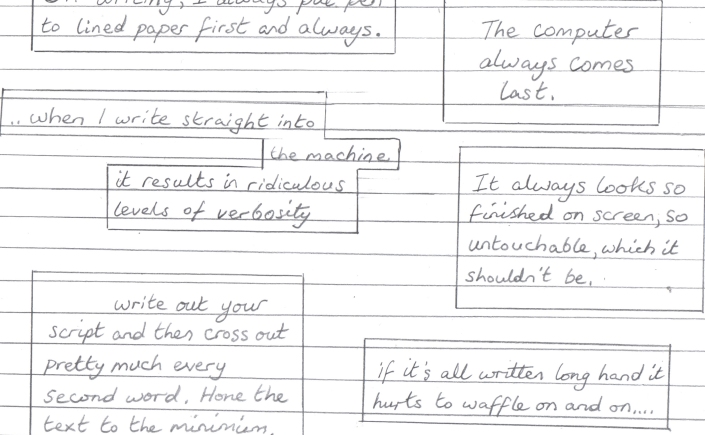 I’ve been in talks lately with a progressive London arts movement about a month long residency and comic. More details in months.

Around the site, I’ve linked up the “Writer” section to my old Comics Village articles on The Wayback Machine. Verbose in nature, they’re nonetheless a fascinating insight into the BritComix revolution of 2008. Brimming with energy and a forerunner to Matthew Badham’s also excellent ‘Matters of Convention’ pieces.

I’d an mail from  a keen young illustrator friend called Ethan this evening,

Hey, Andy, ever since the 2d fest, I’ve been trying my damnest to find a story to illustrate. I was wondering as a writer yourself, how do you struggle with writers block?

Here’s how I responded,

I heard a really good one. Fuzzy on how it starts and what comes next, but at the end it turns out that writer’s block is an urban myth, no different or additional than the block suffered by any other working person. Here’s a few suggestions story also made,

READ books/articles – this is the bones of any story, the imagination the flesh from which it is allowed to flex it’s muscles.

STEAL from research or lift other people’s stories – perform a ‘cover version’, translate a chat you heard in a cafe.

BORROW – Comics writers apparently face a harder time than illustrators, so why not get someone to write for you. Pick a friend you respect for their talent and work up an “energy” with them. If they’re half-good and publically unproven, they’ll be eager to deliver the goods with you. Heck, I’ll work you up a script. If you’re unsure, a collaborative story-building may delivers more success than a cold, inflexible (however competent) script.

BEG for someone to get you (or just BUY) “Becoming a Writer”, by Dorothea Brande, published by Penguin. It’s slim, quite readable and you could get it online for under £3. What’s different there, is that it offers a holistic approach to writing. Encouraging, positive, with practical exercises. It’s individually tailored. There are even four pages relating to the writer’s use of coffee.

WRITE
Just do it.
Brande recommends (and does Gaiman and many others and me), writing as habit. First thing when you get up in the morning. Keep a dream journal. Or around afternoon, writing down one other story that someone else has told you.
Every day.

EDIT
Like a mad thing. Comix are all about being concise. Mike Collins recommends you write out a sentence and then go back and cross out every other word. Oddly, this works and very well. When you’re working out the alongside visuals, you may find you don’t have to use words. Better yet, you have a whole new layer of story you can provide. 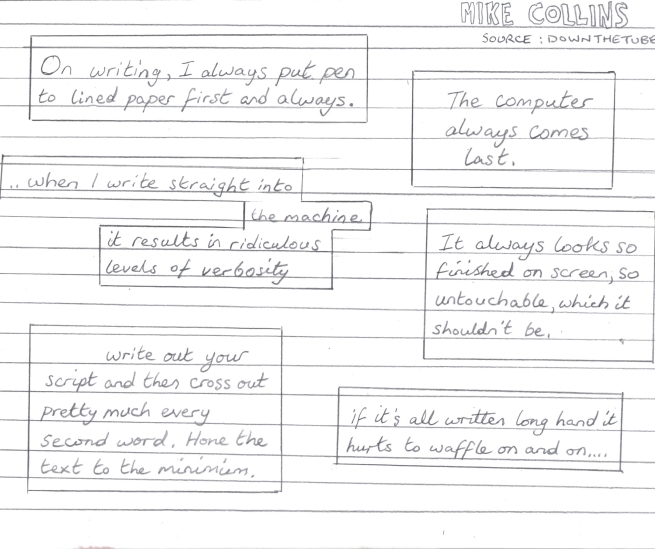