Vital needs Funding has been secured for the event which will take place at Blick Studios on Saturday 3rd September.

McElroy has since been joined by noted comics media champion, journalist and academic Dr. Roger Sabin whose contribution has allowed for the remaining venue costs to be paid, and for purchase for stationery and some snacks for attendees.

Roger’s previous books and journals have also included writing on fanzines, punk rock and alternative culture. More recently he has about game-changing tv series The Wire in relation to the crisis in journalism and the cop-show genre, and spoken on surrealism in comics and science-fiction. Roger, along with The Thought Bubble’s Ian Hague has also been helpful in matching contacts with an interest in sponsorship and speaking. 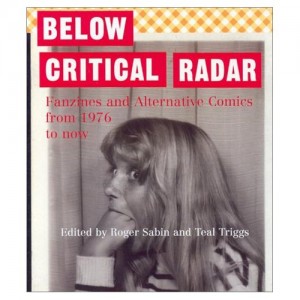 Gar Shanley, one of the central support body will be facilitating a discussion at the Bar Camp unConference, on establishing a regular sales outlet for independent comics within the Dublin market as part of the general struggle with getting the media re-integrated into mainstream retail areas. He will be attending the Ranleigh Arts Centre Zine Fair tomorrow. He also welcomes any co-operation on the ICN forum priming and developing this objective.

Hilary Lawler, workshop leader at Catalyst Arts’ ¿@#!*$ festival earlier in the year said the Bar camp initiative is “contributing to the flagging cultural landscape of Ireland in a very positive way.” Hilary also is interested in Gar’s chosen subject, given her involvement in The Point Village market event last year.

Pre-registration for the free event allows for better planning among unConference attendees, and clearer lines of communication with potential sponsors. For best practice, you can do this via the Google spreadsheet.

Previous articles on this topic